Fuel prices at lowest this year 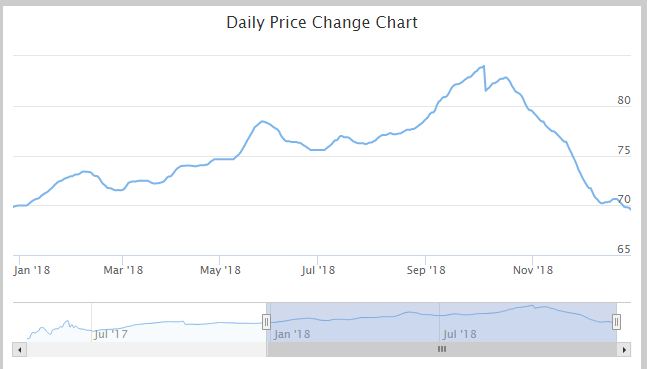 The decline in price was due to a surprise US move to grant exemptions to 8 countries including India over oil imports from Iran. The rise in US inventories due to growth in shale oil production also resulted in softening the crude oil prices in international markets. The price of Brent crude oil declined by 5 percent yesterday to reach a 14-month low at 56 US dollar per barrel. The OPEC nations and Russia started cutting oil production in the initial months of this calendar year but during mid of the year; they have raised the production again. However, the slump in oil prices has forced them to agree on the production cut again. Oil exports by Saudi Arabia have notched the highest mark in the last few months but now the oil kingdom has also agreed to cut the production. 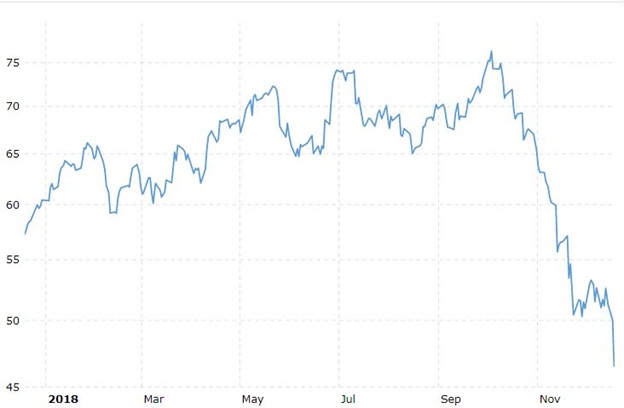 However, the cut in production by OPEC-Russia is not expected to revive the price of crude in international markets because American shale oil production is expanding at an exponential rate. The forecasters expected an increase of 1 million barrels per day but the industry registered growth of 1.53 million barrels per day which is almost 50 percent higher than the expectations. To put it in perspective, the addition in US shale oil capacity is almost equal to half of Iran’s total output for a year. The US emerged as the top crude producer with 12 million barrels per day, ahead of Russia and Saudi Arabia. The US does not seem to have any plan to reduce shale oil production in the upcoming months. In fact, American companies have planned to increase production. So the price of oil is going to be low in the upcoming year which is great news for the Modi government. As Modi government seeks re-election in less than a year, lower fuel price is set to help it.