In the last four fiscal years, the public sector banks (PSBs) in the country have recovered Non-Performing Assets (NPAs) worth 2.33 lakh crore. As per the RBI data, the banks recovered 2, 33,339 crores including 32,693 crores of written off accounts between the fiscal year 2014-15 to 2017-18. Banks’ ‘write-off’ is a part of the regular exercise to clean up their balance-sheet, tax benefit, and capital optimization. Borrowers of such written-off loans continue to be liable for the repayment. The exuberant lending from 2008 to 2014 was responsible for the NPA issue which halted the credit growth and therefore slowed down the economic growth. Modi government through its continuous efforts has been able to solve the NPA issue. In the last four years, NPAs have declined and investment and credit growth are picking up once again. 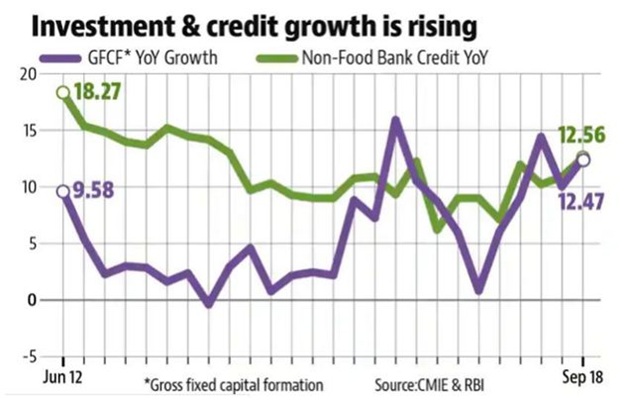 During the global financial crisis of 2007-08, the UPA government ran a huge fiscal deficit to finance the economic growth. The RBI was instructed to continue with monetary easing and public sector banks were allowed to lend heavily to keep growth momentum going. The UPA government told the management of public sector banks to go on exuberant lending. Some loans were given to genuine borrowers but most of the loans went to people who were well connected to the political circles and to the management of the public sector banks. “One promoter told me about how he was pursued then by banks waving cheque books, asking him to name the amount he wanted,” wrote Rajan in his response on NPA. “Too many loans were made [given] to well-connected promoters who have a history of defaulting on their loans” he added.

The economic slowdown has been the reason behind some genuine loan defaults but a majority of the NPA problem is due to the continuous borrowings of the wilful defaulters. These promoters have a history of defaulting on loans. They continued with this practice because before the Insolvency and Bankruptcy Code (IBC), India had no strong laws to dissolve defaulting companies. Modi government tried to solve the NPA problem through IBC and various other measures and this has finally resulted in a healthy recovery of NPAs. The government also mulled an infusion of 2.11 trillion rupees in the public sector banks in order to bring them to Basel III capital adequacy norms.

India has the second largest share of bad debts in the world with 9.6% gross NPA. Only Italy is ahead with 16.4 % of NPA, while other major countries like the US, China, and Japan have 1.1, 1.7, and 1.3 % of NPAs respectively. Most of the NPAs in India are with public sector banks while countries like the US do not have large NPAs as their banks are mainly private. Private Banks generally do not incur bad debts as their lending process is well streamlined and for a bad loan, the liability is shouldered by the bank itself. In the case of public sector banks, the government keeps pumping money into them from the taxpayers’ pockets, and hence, these banks keep getting bailed out and are revived rather than shutting down operations. 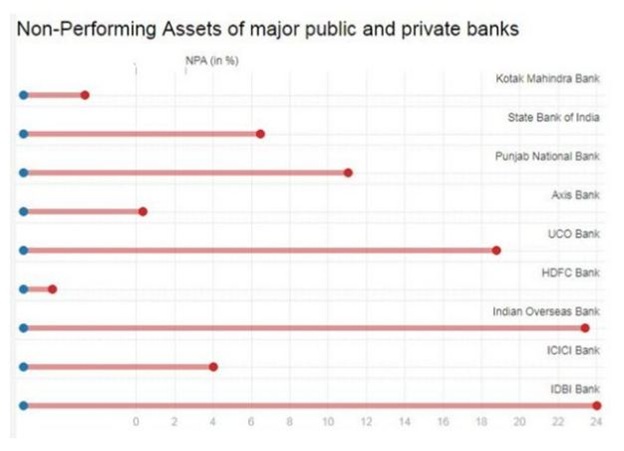 Bankers are confident that IBC will solve the bad loans problems. The problem of ‘entry without exit’ has come to an end because, after the introduction of IBC, the loss-making companies no longer remain insolvent. In the Modi government, the era of ‘stigmatized capitalism’ is over and a rule-based system seems to have been established.