India to purchase MH-60 helicopters from US for Indian Navy

Modi government is likely to buy 24 MH-60 helicopters in a government to government deal from the United States for the Indian Navy. The 24 naval multi-role helicopters will be manufactured by Sikorsky Aircraft Corporation, a subsidiary of US major Lockheed Martin. The Rs 13,500 crore (1.8 billion dollars) defense deal with the US government comes in the backdrop of US government giving exemption to India from Countering America’s Adversaries through Sanctions Act (CAATSA) in S-400 anti-aircraft defense system and Iranian oil purchase. The defense deal will fulfill the much needed requirements of India Navy for heavy duty choppers and will further deepen the India-America relations.

The deal of 24 MH-60 helicopters is expected to be inked within a year and the helicopters are to be inducted in 2020-2024 time-frame. Indian Navy seeks modernisation as the Indian Ocean region remains strategically charged for a reason or the other. Majority of the world trade takes place through the Indian Ocean and the South China Sea and therefore, the Chinese Navy is hell bent upon increasing its strength in Indian Ocean in recent years. The ‘string of pearls’ strategy under which China is establishing ports and wartime ships in India’s neighbourhood- Bangladesh, Sri Lanka, and Pakistan- is part of a Chinese programme to dominate the Indian Ocean. However, Indian Navy is seeking a complete overhaul under Modi government with many new defense procurements being made which includes the introduction of nuclear powered submarine INS Arihant.

In recent times, the US has taken over Russia as India’s major defense partner with India purchasing defence equipment worth 17 billion dollars since 2007. India has made defense purchases from US majors like Lockheed Martin which is the largest defense contractor in the world with defense revenue of 43.5 billion dollars. The company is also playing a major role in ‘Make in India’ in the defense sector. Recently, Lockheed Martin has announced to manufacture wings of F-16 aircraft with Tata Advanced Systems Limited in India. The company is also one of the seven contenders for 20 billion dollar defense deal of 114 fifth generation fighter aircrafts. F-16s of Lockheed Martin is one of the best fifth generation aircrafts in the world. Its competitors are Boeing F/A-18E and F/A-18F Super Hornet (United States), Gripen-E (Sweden), MiG-35 (Russia), Eurofighter Typhoon and Rafale and Sukhoi-35 (Russia). “If India buys the F-16 then it becomes the center of manufacturing for the global market. Choosing Lockheed’s warplane would integrate India into a global F-16 supply chain worth $165 billion”, said Vivek Lall, Vice President of Strategy and Business Development for Lockheed Martin Aeronautics. 4,604 F-16 air-crafts have been procured by 28 countries around the world. 3,000 F-16s are operational in 25 air forces across the world including the US Air force. 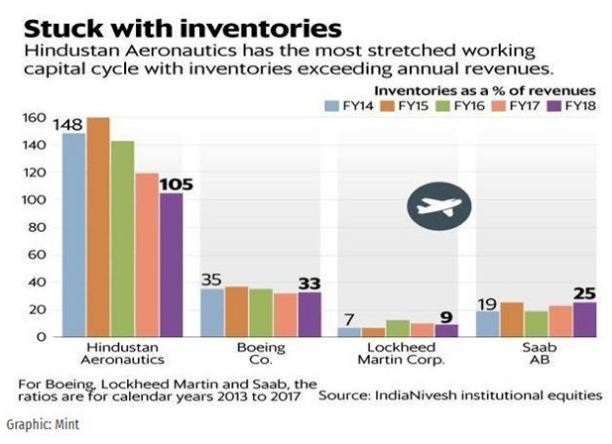 A few months back, Army Chief General Bipin Rawat had said that India should be prepared for two front wars. The gradual mingling of China and Pakistan could lead the breakout of war on two fronts. The development of China Pakistan Economic Corridor (CPEC) and Chinese loans being offered to debt ridden Pakistan suggests that Pakistan is on its way to become a Chinese colony. So, for all the practical reasons, the interests of Pakistan will be the interests of China in the upcoming years. The current purchase of 24 helicopters will enhance the preparedness of the country for a two front war and strengthen the position of Indian Navy in the Indian Ocean.

Navjot Singh Sidhu to campaign for Congress in poll-bound states