The successful resolution of the debt ridden enterprise is another major achievement of the Insolvency and Bankruptcy Code, brought two years back to solve Non Performing Assets (NPA) problem. In the last two years, IBC has become a formidable tool for resolution of debt ridden companies in many sectors including steel. Public sectors banks has given huge amount of loans to steel industry in which India is the second largest producer with a capacity of 101 million tonnes in 2017. China is the only country ahead of India with production capacity of 831 million tonnes. The consumption of steel has grown exponentially in the previous years in India and the production capacity of the country is expected to overtake Japan in the upcoming years. 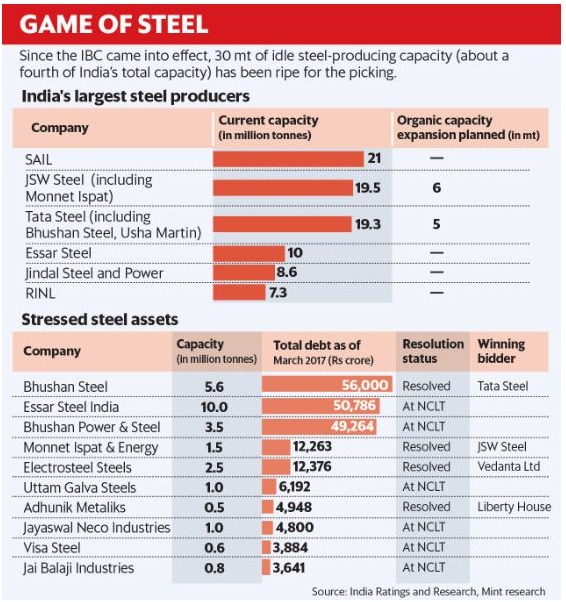 The country was facing bad loans problem when Modi government came to power. The exuberated lending during UPA era was responsible for the NPAs. Some loans were given to genuine borrowers but most of the loans have gone to people well connected in political circles and to the management of the public sector banks. “One promoter told me about how he was pursued then by banks waving cheque books, asking him to name the amount he wanted,” wrote Rajan in his review of NPA problem. “Too many loans were made [given] to well-connected promoters who have a history of defaulting on their loans” he added.

IBC was brought two years back to solve the twin balance sheet problem. The new law was expected to resolve the repeated government investment in public sector banks due to capital shortage as well as to punish non performing companies which did not pay back loans because they were sure that the management of the company will remain in their hands. India did not have a healthy corporate culture for decades. The government used to spoon-feed selected established corporate houses through public sector bank loans and if businesses fail, public sector banks which run on taxpayers’ money had to bear losses. 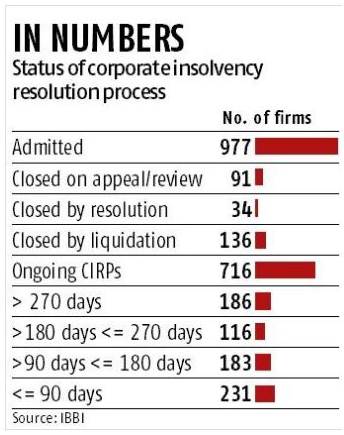 IBC has been successful in its aim to a large extent. Banks have recovered a total amount of 1.1 lakh crore from defaulters who were unwilling to pay earlier. If the defaulter goes through the IBC process, the promoters lose control and cannot bid for their own company. The fear to lose control over management is making the promoters pay loans. “It would be wrong to say that all the cases are withdrawn because the debtor pays up, but we are seeing that dues are cleared in a large number of cases once a case is filed,“ said a senior government official. So far 977 cases have been filed in National Company Law Tribunal (NCLT) where lenders led by banks or operational creditors such as suppliers initiated the process. As per research by India ratings, cases worth Rs. 4.2 trillion are expected to go through IBC resolutions by 2019. This fiscal year, public sector banks are aiming to recover Rs. 1.8 lakh crore which is two and a half times more the amount recovered in the last fiscal year. So far creditors has recovered 50,000 crore in the cases which has been gone through IBC proceeding in the last two years. 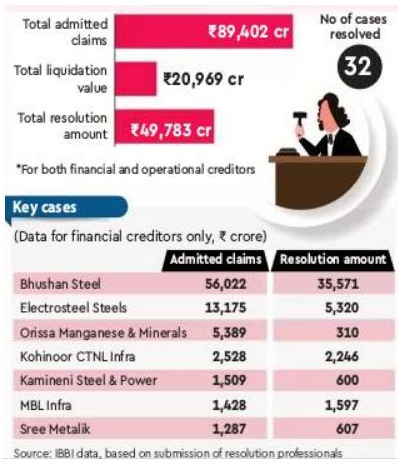 IBC was hailed as one of most significant economic reforms in the country by economists and businessmen. Kumar Mangalam Birla, chairman of Aditya Birla Group said in an interview that Insolvency and Bankruptcy Code (IBC) is a deeper reform than GST and note ban (demonetization). “I think we’re seeing improved levels of governance in corporate India and the government. We’re truly integrating with the world economy. I think there’s a definite deep cut that’s happened and IBC is a deep reform…” Birla said in an interview.  Principal Economic Advisor of India, Sanjeev Sanyal said that the IBC will take India on a route of true capitalism. India followed the model of ‘socialism without entry’ in pre 90s decades and in post 90s ‘capitalism without exit’. With the implementation of IBC India became a rule based capitalist economy.