Indian media is mostly interested in covering negative and controversial news. As former president of India, Dr. Abdul Kalam rightly asked, “Why is the media here so negative? Why are we in India so embarrassed to recognize our own strengths, our achievements? We are such a great nation. We have so many amazing success stories but we refuse to acknowledge them. Why?” The debate on our weaknesses is necessary and raising the issues which need to be rectified is very important. But informing the citizens only about our weaknesses not strengths lower the morals and confidence of the people. Many positive steps of the government need to appreciate and people in private sphere who are making great contributions to the society should also be on the radar of media.

The important reforms of government go unnoticed because media sees itself as anti-establishment. In the Monsoon session of the parliament, the government has been able to pass the Commercial Division and Commercial Appellate Division of High Courts Bill, 2018. Despite the fact that it could be the most significant reform in improving the Ease of doing business rankings of the country, it has gone unnoticed in the media. In our country it takes almost 1,445 days for a commercial case to get resolved, the bill will drastically reduce the time of resolving commercial disputes. The bill reduces the minimum commercial value of cases which commercial courts and commercial divisions of high courts could take from 1 crore to three lakh rupees. This will democratize the commercial cases and small players will not feel neglected. Previous government despite all its lip service for democratization and equality did not take this important step. Another important feature of the bill is that it will allow the state governments to establish commercial courts at the district level.

Punit Dutt Tyagi, Executive Partner of Lakshmikumaran & Sridharan Attorneys said “A quick resolution for commercial disputes is essential for encouraging business, both domestically and internationally. A speedy and effective resolution of commercial disputes will build investors’ confidence by reducing uncertainty.” India fared very poorly on Ease of doing business ranking for decades. However, the country jumped 42 places in the ranking in the last three years. The drastic change came last year when India jumped 30 places riding on the Insolvency and Bankruptcy Code (IBC) implementation. Currently, India is at 100th place in Ease of doing business ranking which cannot be said well. So, we need further reforms to climb the ladder and Commercial Division and Commercial Appellate Division of High Courts is a step in that. 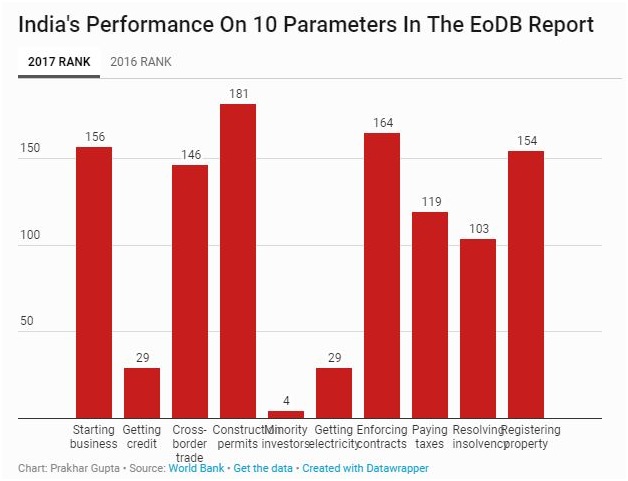 World Bank takes efficiency with which commercial cases get solved very seriously while preparing Ease of doing business ranking. The Enforcing contracts parameter under which ‘Efficiency of Resolving a Commercial Dispute’ is one the areas in which World Bank rates a country. “By having prescribed simplified procedures and rules of evidence to be followed by these courts, the act has effectively streamlined the process of adjudication in commercial disputes,” said Punit Dutt Tyagi, showing the bullish approach of the industry on this act. So, with the implementation of this act, the Ease of doing business ranking of India is expected to move further north by next year.