The 5 Best Performing Ministers of the Modi Government

The Modi government performed as per the expectations of the people, while some Ministries far exceeded these expectations. Some ministers like Dharmendra Pradhan, earlier unknown to the people of the country, came out to be among the best performing ministers. The economic growth of the country, although sluggish due to initial shocks of demonetization and GST implementation, picked up later and is currently the best growth rate in the world. In the last quarter, GDP growth rate was at a whopping 7.7 per cent, and manufacturing picked up due to the positive impacts of GST while NPA problems are being solved by the new IBC law. The welfare to people is expanding in the schemes like National Health Protection Scheme (popularly known as Modicare), Ujjawala, direct benefit transfer etc. Farmer and rural distress is being solved through more government investment in rural areas as the government increased the budgetary allocation by a large amount in the latest budget. Minsters like Arun Jaitley, Nitin Gadkari and Piyush Goyal have performed so well that their tenure will be a reference point for future ministers. Rightlog has prepared a list of the 5 best performing ministers of Modi government: 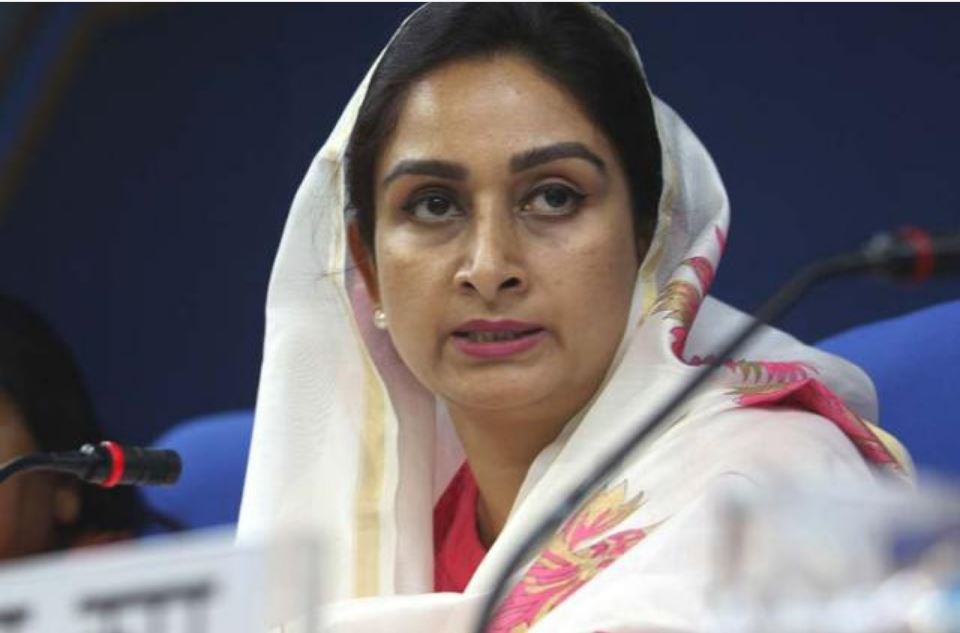 Mrs Badal is Union Cabinet Minister of Food Processing in the Government of India; she is minister from BJP’s Shiromani Akali Dal quota and MP from Bathinda. She had been able to operationalize 10 mega food processing parks within the span of 4 years, while the UPA government could operationalize only two in 10 years despite sanctioning 42 food processing parks. As more than half of the country’s population is dependent on agriculture it is very important to increase efficiency in food processing. The increased efficiency in food processing will be helpful in doubling farmers’ income as promised by the Modi government. India, although one of the largest producers of agricultural products, lags decades behind in food processing, thereby forcing farmers to sell their produce at throw away prices. The food processing industry will help the country in solving rural distress problems and will provide large scale employment to semi-skilled and unskilled labour in villages. The mega food park inaugurated in Satara illustrate Harsimrat Kaur Badal’s ability to implement large scale projects successfully. 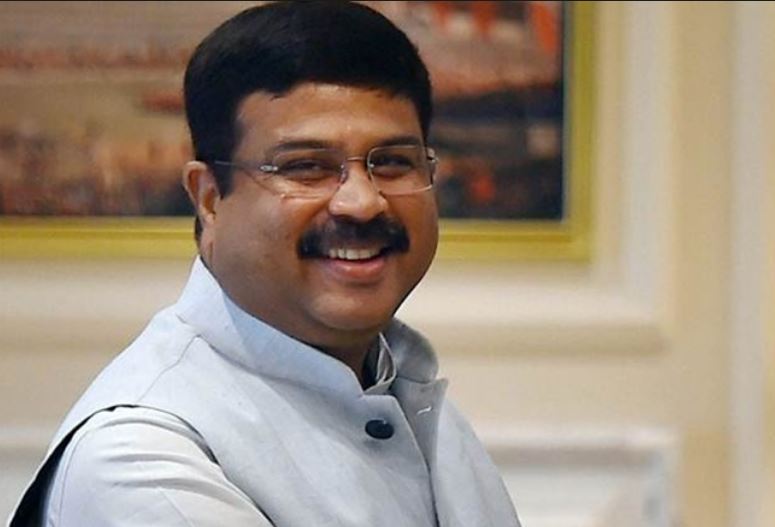 The list of Dharmendra Pradhan’s achievement is very long despite the little media attention he gets. Just a few months after joining Ministry of Petroleum and Natural Gas, he deregulated the prices of diesel. Pradhan, in a bid to attract Foreign Direct Investment (FDI) in the natural gas exploration sector and to create incentives for domestic production, revised the pricing guidelines for natural gas by linking it to the prevalent international market prices, which was considered a very bold move that has finally paid off. He then took the initiative of direct benefit transfer of LPG subsidies in 2015. The Give It Up scheme which asked the well-off Indians to give up LPG subsidies saved the exchequer Rs.10000 crore. The Pradhan Mantri Ujjwala scheme launched by his ministry provides 5 crore women living Below Poverty Line (BPL). The other big decision by his ministry was pushing for vertical integration of Indian companies so that they could compete with their global counterparts. These big decisions which proved to be beneficial for the industry as well as for the people make Pradhan one of the best performing ministers of the Modi government.

Silent worker Rajnath Singh made India a safer place to live. Since he took charge of Home Ministry, there have been no major security breaches in the country and the terrorist and Maoist forces are on their deathbed. On 1st June, the ministry launched an online website which acts as a tool to monitor the flow of funds through organizations which fall under the Foreign Contribution (regulation) Act.  According to the ministry, this will enable lawmakers and bureaucrats to monitor funds and their usage. India is being made safe and secure from foreign terror as well as from the internal conflicts. The time when India does not have to worry about the safety of its civilians might come sooner if Rajnath Singh keeps holding on to this post in the coming years. 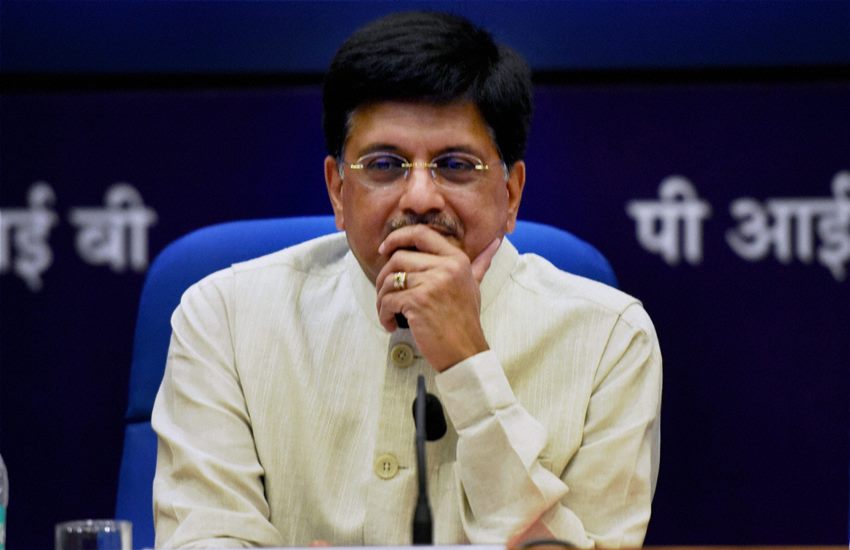 Piyush Goyal is PM Modi’s man of all seasons; he has the impressive ability to look after any ministry. He gave a huge push to Prime Minister Modi’s promise of electrifying every village in India by May 2018. By the time Piyush Goyal had to leave for the Railways Ministry, he had made sure that most of the hard work was done and the country easily completed the electrification process well within the deadline.  He had taken over as the Railways Minister when the current government was facing massive criticism due to unfortunate rail accidents. However, Piyush Goyal handled the delicate situation with perfection. In a short span of time, he achieved the best safety record for the railways till date. It is for the first time that the railways have reduced accidents to a two-digit figure. In 2017-18, the total number of rail accidents was brought down to seventy-three under Piyush Goyal’s leadership from one hundred and four in 2016-17. Currently, Piyush Goyal looks after the Finance ministry as well since Arun Jaitley has been on leave for health related reasons. He definitely deserves second rank in best performing ministers due to his all-encompassing persona. 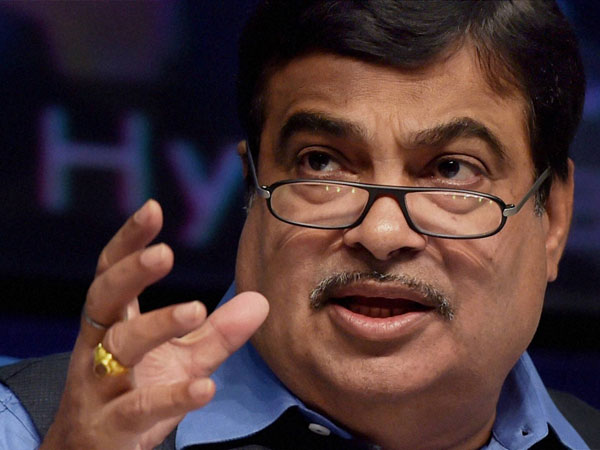 Nitin Gadkari: Nitin Gadkari is the most accomplished minister of the Modi government. Known as the execution man, he always finishes projects before time. Exceptional success in roads and marine infra, grand plans for Ganga revival, increased pace of building highways are some of his notable achievements. Gadkari is a man with a long vision. He introduced BOT system in infrastructure. When he was PWD minister of Maharashtra, he built 55 flyovers in Mumbai. When India could not dream of having 4 lane highway connecting two cities, at that time in 1995 Nitin Gadkari put forward a vision of Mumbai-Pune expressway which was India’s first 6 lane expressways not having any crossing road and built of cement concrete. He was among the first to propose Public Private Partnership (PPP) for building public infrastructure. Nitin Gadkari is praised across the political spectrum for his good work and maintains good relations with both opposition leaders and industrialists. He has revived the infrastructure across the country, and hence been given the charge of Ganga’s rejuvenation due the various innovative ideas that he gave for the Cleaning Ganga mission. Nitin Gadkari without any doubt secures the top position when it comes to best performing minsters.

One minister who is out of ministry right now but responsible for revival of Indian economy is former Finance Minister Arun Jaitley. He took over the legacy of bad economic conditions left by the Congress regime after the Modi government came to power, and made the country the fastest growing major economy. The man who successfully implemented GST and bankruptcy legislations, began the process of solving the NPA mess etc; he was a ruthless Defence Minister when it came to giving the army a free hand in Kashmir. We hope that he will get well soon and resume his services to the nation.