A Kashmiri Pandit Tears into People Defending Rohingyas, Can Any ‘Humanitarian’ Answer Her Questions?

by Renuka Dhar
in Opinions
0

Now that Aung San Suu Kyi has said that her government is ready to take back the Rohingyas who fled the country, can all the members of the ‘Rohingya Fan Club’ wipe their collective crocodile tears and gracefully bid them farewell? Unless, of course, it has been decided that they must stay on to swell the depleted Vote-Bank of the Congress, alter the demography of regions which still happen to have a Hindu majority and create an army of Jihadis ready to wage war against India!

In an overpopulated country like India where resources are already strained, educated activists/politicians/social workers/journalists are desperately making a case for a set of foreigners who sneaked into our country from miles away. What exactly is it about certain people that inspires such fervent and ‘humanitarian’ activism?

Today, there are ‘sensitive’ journalists going to the extent of equating the Rohingyas with the Kashmiri Pandit Community! Such comparisons are so far-fetched and suspect that they arouse derision. Everyone knows that the KPs have undergone persecution at the hands of the majority community in Kashmir for centuries, but not once have any of us resorted to terrorism/insurgency. 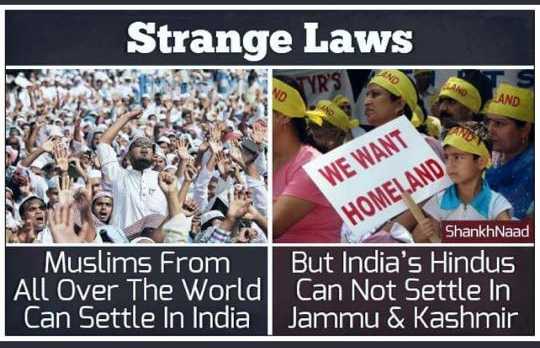 The fact of the matter is that the Rohingyas, like their Kashmiri Muslim counterparts, waged a religious war against the Buddhists and the Myanmar government.

Unfortunately for them, the Buddhists being in majority, retaliated and turned the tables on them. So there were no innocent Rohingyas subjected to ‘genocide’, there was no ‘exodus’. These people literally started the fire in Rakhine and fled when their Jihad failed; Kashmiri Pandits were hounded out to suit the Islamic agenda. Had the Rohingyas not been effectively combated by the Buddhists in Myanmar, Rakhine might well have been declared an Islamic State by now! These are facts conveniently ignored by the blinkered media that labels a brave and honest Buddhist Monk as a ‘terrorist‘ rather than the patriot he is!

If the Rohingyas are allowed to stay, they will strain an already overburdened country’s resources, but why should their supporters living in gated-communities care? Many of these Rohingyas have already acquired fake Aadhar/PAN cards and Voter IDs, identifying them for deportation may well be a difficult task. According to newspaper reports, in West Bengal, fake birth certificates have been arranged while in Jammu & Kashmir some zealous NGOs have managed to provide them with fake ‘State Subject Certificates’! Which brings us to the question that actually needs to be raised in those noisy Newshour Debates. How exactly did the Rohingyas manage to reach Jammu all the way from Myanmar? Who brought them here and why? Why didn’t the presence of such a large number of foreigners in such a sensitive area ring no alarm bells for the UPA Govt in 2008? 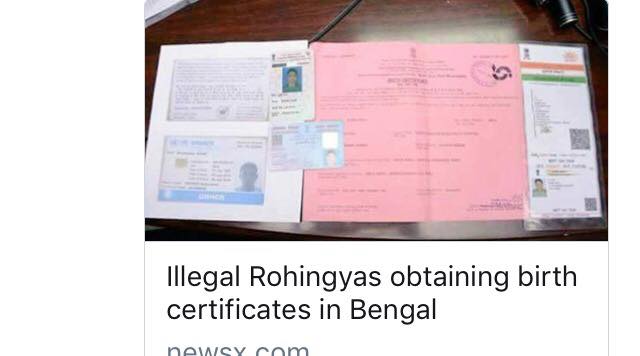 Omar Abdullah who was breathing fire over the suggested abrogation of Article 35A last month in Jammu, needs to explain how he plans to ‘accommodate’ non-State subjects like the Rohingyas. Are the raucous and rabid Kashmiri Muslim panelists ready to give up Article 35A for the sake of their Muslim ‘brothers’ from Rakhine? Altaf Bukhari, PDP minister says they “stand for all people who have lost their homes”, does that include the Kashmiri Pandits? The Nation wants to know!

As for the battery of lawyers rushing to represent the Rohingyas, did even ONE of them ever offer to fight on behalf of the dispossessed and homeless Kashmiri Pandits? Has the NHRC bothered to question the Supreme Court’s recent refusal to entertain a plea on behalf of the KP Community?

Shame on the so-called activists/lawyers/social workers/journalists etc. who are so ‘moved’ by the plight of these illegal aliens that they want to keep them here forever! Every single day ‘journalists’ are churning out Rohingya tearjerkers, photo-journalists are selectively posting pictures of teary-eyed Rohingyas with hands folded in supplication and compromised ‘activists’ are filing pleas on behalf of these dubious characters who sneaked into India. In short, there’s a massive, heavily-funded PR campaign in motion to settle these prospective ‘Vote-banks’ in India.

Contrast this with the plight of the hapless Kashmiri Pandits who have been languishing in slum-like conditions in Jammu for decades. They are eking out a sorry existence in a part of their own State, unsung and unnoticed by the Celebrity Gang. Kept out of their homes in the Valley by the same vociferous ‘humanists’ who demand that Rohingyas not be evicted from the State. Interestingly, many of these Kashmiri Muslim politicians and ‘leaders’, who are shouting out their ‘love’ for Rohingyas on Primetime TV every night, have openly declared that they are not citizens of India. What right do they then have to decide who should stay in this country?

Had Prashant Bhushan, Colin Gonsalves & Co. really been the ‘public interest activists’ they claim to be, would they not have raised the issue of the rehabilitation and resettlement of Kashmiri Pandits before rushing to the Courts to stop the deportation of foreigners who crossed the borders illegally? People like Bhushan have never bothered to empathise with this set of Kashmiris because they’ve already chosen to throw in their lot with those whose ‘azadi’ and ‘Jihad’ gain them more eyeballs by whatever means.

The trendy socialites and Page 3 journalists who tweet in tandem, have seized upon the Rohingyas as a suitable ‘secular’ Cause to espouse whereas the Kashmiri Pandits are Hindus and therefore not worth fighting for! The unpalatable truth being that during these decades of the festering ‘Kashmir Issue’, the Lutyens Gang has always chosen to identify with the more ‘glamorous’ call for ‘azadi’ of the Kashmiri Muslims. Therefore, taking up cudgels on behalf of the ‘poor’ Muslim Rohingyas comes naturally to these foreign-educated elitists for whom everything Hindu/Indian is so desi and downmarket!

So while a less-developed country like Bangladesh, where these Rohingyas actually belong, is rational enough to monitor and restrain the teeming ‘refugees’, they roam free all over India. Bangladesh is even thinking of confining them to a separate island to avoid conflict, imposing birth-control measures to contain the numbers, in India thousands of Rohingya women are pregnant even while already having 4-5 children.

The Rohingyas are insidiously creeping into the Indian system, deliberately blending with the local populace and multiplying at an alarming rate. They have been settled in strategic areas of Jammu and Ladakh to skew the demography in Hindu and Buddhist-dominated areas. And yet, we still have ‘kind-hearted’ secular souls conjuring up airy comparisons between these ‘Wanted’ people and the ignored KP Community!

Astra Puja by VHP in West Bengal: The First Primal Yell of Bengali Hindus in 40 Years