How Hindus Saved Indian Muslims from getting radicalized!

by Rohit Mishra
in Culture

Recently an article in Global Times, the state run media house of China, made a statement, “Thanks to Hinduism, India doesn’t have radical Islam.” Keeping an eye on Prime Minister Narendra Modi’s visit to China next week for the BRICS Summit, the article was in praise of Hinduism and appreciated Hinduism for preventing the spread of radical Islam.

Today when the leftist media is raising questions on the tolerance of Hindus for Muslims for fabricated and fictional reasons, we need to find out why Most Muslims in India have remained largely away from radicalization that has happened to Muslim groups in other parts of the world. We witness that young Muslims born and brought up in liberal, democratic and multi-cultural European countries like UK, France and Germany are getting exposed to radical Wahhabism and thus falling prey to the Jihadi ideology. This naturally creates a fear among us that the same or worse might happen in India.

Islam in India is not a monolithic. The 1000 years old history of Islam in India was largely dominated by the Sufi strain, which is primarily devoted to the virtues of self-realization, peace, and compassion. And over the years they became closely integrated with Hindus sharing many cultural practices. Because of this notably the spread of Wahhabi and Deobandi mosques, madrassas and their radical beliefs didn’t find any roots in India. 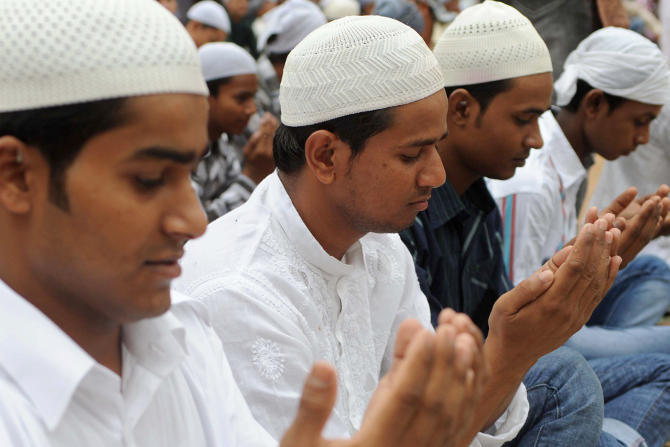 In the present Muslims in the largely Hindu Indian society have the same rights as anyone else under the Constitution, including the freedom to practice their religion. They live in a democratic and pluralistic society which they are a product of and feel empowered by, despite being routinely victimized by leaders. Most of them are not intimidated by extremist religious leaders and some are not afraid to speak out against religious extremism in their midst. Politically the Muslim community is strong and they are a strong political force in India. Muslims have time and again proved their faith in democracy and the power of their vote. As a result even the most rigid schools of Islam in India have rejected the ISIS style of global jihad and have on several occasions made clear their nationalist sentiments.

One of the major reasons of radicalization of youth is a lack of social support system and the family life. The basic building block of Hindu society is the joint or extended family, usually consisting of three of four generations living together. Hindu families demonstrate firm ties of affection, strikingly different from many Western families.

As the Indian Muslims are natives of this land with Hindu ancestral roots, they still keep following these traditions in family. The extended family traditionally provides shelter and practical and emotional support for the youth and the less well off.

Many radicals are youths who are depressed and because of a lack of social support system, go looking for a spiritual anchorage and a purpose and meaning of life. The Hindu family system diminishes the vulnerabilities and makes a person less susceptible to radicalization.

The Brihadaaranyaka Upanishad mentions a shloka:-

This means “May all be prosperous and happy. May all be free from illness. May all see what is spiritually uplifting. May no one suffer. Hindus have been following this since the beginning of civilization. Although with the course of time many different religions have been introduced in India and have gathered supporters, these basic values and traditions of Indian culture remained Hindu and stayed etched with the people of this land. We still believe in the principle of Vasudhaiva Kutumbakam, the world is one family and thus don’t see the violence towards our fellow humans. Hinduism is not just the religion of believers. It is a religion of seekers who seek for the real meaning and significance of religion. These beliefs have been passed on with generations and thus are largely successful in keeping the radicalization at bay. Thee Quintessential Hindu Qualities has prevented Indian Muslims from getting radicalized, so turns out Hindus have been a doing a great service to the nation, And most of them don’t even know about it. But now you know!

Why India’s Muslims are so moderate

Thanks to Hinduism, India doesn’t have radical Islam: Chinese media

He was the biggest Victim of Sonia Gandhi’s Tyranny, But he didn’t give up. And He is Unchained Now

EXPOSED: How Media ignored Violence in Punjab and Went all out Against Haryana Government