At First, I Felt Sorry for The People Who hated Yogi Adityanath. Then I Looked Closer…Now I know why! 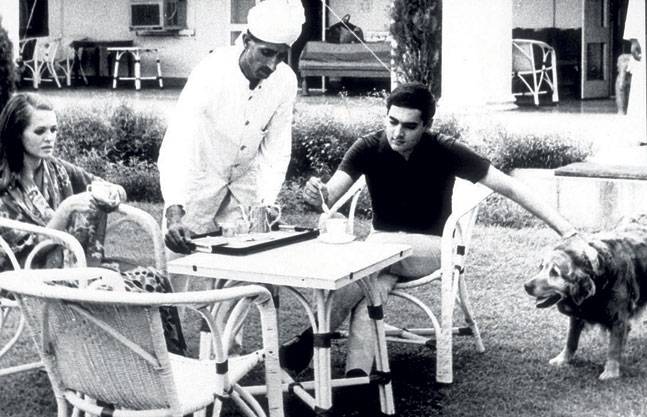 Tavleen Singh had an interesting name for the assembly place of Delhi’s High and Mighty – Lutyen’s Drawing Rooms (LDR). LDR were the headquarters of the inanest form of flattery, where women draped in designer sarees discussed fashion trends, cutlery brands, exotic foreign locations and men brainstormed about how they should extract more value for their services and make elections more unidimensional. LDR were, in a nutshell, congregations of English Speaking Congress sycophants who held prime positions in Bureaucracy, Media or led prominent NGOs.

Their love for Quality Education, Dressing and Premium Scotches

As per Tavleen Singh, Members of LDR loved premium scotches, served in cut glass tumblers, preferably with delicious Mughlai Kebabs and they were suckers for Quality Education. Nehru was the epitome of Chivalry. Indira was a feminist icon. Janata Party era was a bunch of Hillbillies controlling a force they were ordained to lose. Rajiv Gandhi was suavity personified, Sonia Gandhi was the embodiment of European grace, charm, elegance and intelligence. And Rahul Gandhi, the polished crown prince was like a nobleman from the 1930s trying to blend in with the dissonant 2000s.

How Modi was a complete misfit

Tavleen Singh in her book “India’s Broken Tryst”, gleefully explains how Modi was almost a nightmare for the Lutyen Elites. His rustic charms, his aversion for English Language, how he ate with his bare hands and had no time for the high and mighty of Delhi was a turning point in the way the administration of this country goes about. Narendra Modi wasn’t an Oxford Grad, he wasn’t fluent in the Queen’s language, he didn’t behave like a WOG – Westernized Oriental Gentleman. He was a vegetarian, a Yoga Practitioner, someone who observed fasts during Navratras and to their horror an administrator par excellence. The last BJP PM Vajpayee, although a Hindi Lover and a nationalist was an intellectual of sorts, had a taste for Whiskey and some regard for the elites. But Modi! Modi was different. He didn’t care for the elites, worse, he didn’t even have time for them. This caused a great deal of discontentment amongst people, who were so used to walking in the hallways of power. And hence they started a smear campaign against Modi. But Modi’s popularity and acceptance turned out to be too much for them.

While Modi had no time for intellectuals and had no problems in conversing in Hindi, there was one thing that separated him from the rest. His dressing style. Modi was a power dresser. He had the panache to carry colorful half-sleeve Kurtas with contrasting sleeveless Jackets. His attire coupled with rimless spectacles, leather strap watch and neatly trimmed beard created an aura, very few Indian Politicians have been able to create. The rise of Yogi

Then Came Yogi Adityanath, the epitome of plainspeak, plain-dressing and simple living. He was a monk clad in saffron. He was a firebrand who could enthrall the audience with his spellbinding speeches. And when Modi gave him the reins of Uttar Pradesh, he proved his mettle as a capable administrator in a very short period of time.

The frustration of even the strongest BJP supporters

Yogi Adityanath has been the second most divisive figure in recent times, next only to Modi. While Modi caused fissures on the outside, Yogi Adityanath caused crevices in BJP’s very own core vote base. The elites among BJP supporters, typically from Grade-A families and Educational institutions expressed a strong dislike for Yogi Aditynath, people from humbler backgrounds hailed Yogi Adityanth’s arrival.

The façade of pretense was off from the visages of a lot of intellectuals and journalists who pretended to be on the side of BJP. Tufail Ahmed was one of them and Tavleen Singh was one of them too.

The fear of a strong Hindu Rashtra

The rise of Yogi Adityanth is in a way the rise of Hindu Rashtra which is a nightmare for secular journalists. Yogi Adityanth doesn’t mince words when it comes to lambasting Islamist apologists in Media and Polity. Yogi Adityanath doesn’t care about long Op-Ed columns in elite dailies. He is very vocal about his respect for the nation, commitment for the Hindu cause and love for Cows.

Tavleen Singh and her ilk who bravely withstood the onslaught of Modi who “at-least” looked suave are rendered helpless with the rise of Yogi Adityanath.

Tavleen Singh was recently found circulating fake pictures of Yogi Adityanath drinking Gau-Mutra (Cow-Urine). Despite being called by a number of Twitter Users, she persisted and didn’t delete the photoshopped image. She had to face police action later.

Tavleen Singh represents the second level of BJP followers, which in my humble opinion are the most dangerous ones. They need to be followed with watchful eyes. They don’t hate the men, they hate the saffron. The very fact that a Hindu Sadhu is the chief minister of the biggest state in India is agonizing for them.

Tavleen Singh is a fine example of how a person sometimes becomes the very vice, he/she was fighting against. Tavleen Singh wrote two books against Delhi Elites, Lutyen’s Drawing Rooms, Delhi’s High and Mighty and their narcissistic ways and ended up becoming one herself.