Dear Film Makers – How about a movie on ” Triple Talaq “?

by Ankur
in Opinions
0

See the Bollywood families cry shrill on various topics like feminism (while promoting breakup of families), but have they ever had the courage of taking on women’s issues like Female Genital Mutilation? Or unequal inheritance? Or for that matter, how easily a woman can be divorced by pronouncing talaq thrice?

The condition of Muslim women where divorce is concerned is really powerless. While apologists say that marriage in Islam is the most sacred and Allah curses those who violate it, why don’t they answer this question: – Why is this detestable thing so easy then?

Why are there no consequences if the rules necessary for it can be flouted so easily?

Why can this sacred bond be broken so easily by a man uttering talaq thrice, be it while angry, drunk, in sleep ? Why is this ridiculously simple for the man who can divorce according to his whims and fancies and get away with it if he is influential, but not at all for the wife even if she is at the receiving end? Khula (Woman’s initiation) is way more difficult and almost impossible to obtain. Why does the man have unconditional power here and the woman absolutely none?

Why after even a talaq given when the man is not in his senses, does a woman find that it is nearly impossible to remarry her first husband, and loses all rights of her being a wife, wrt property or even custody of children (in case of an infant, she can only have the custody till he/she is weaned) ?

Why does reconciliation of the woman with her husband who has pronounced talaq include inhuman rules like halala (the divorced woman, in order to be remarried to her former husband, must marry another man, consummate the marriage and then divorce the man again), even if the case may be that the husband has divorced her in a moment of rage or intoxication?

Why, in spite of most of the Muslim countries banning triple talaq, there has been no attempts to ban it in India? Isn’t this the worst kind of injustice to Muslim women under the name of vote bank appeasement?

Why are the various women’s rights groups who are screaming shrill over women’s entry into certain temples and on karva chauth shut up on this issue? Why can’t they support a few courageous Muslim women who stand up against it? Why is there absolutely no remedy for women who have been given talaq by their Husbands via webcam, twitter, email or by any other frivolous means? Why is there no consequence for the Ulema who uphold this kind of injustice in the name of religion?

Has there been any credible depiction of the same in popular Indian media? 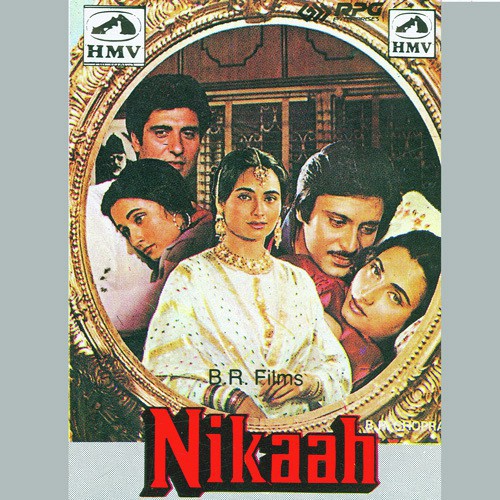 Just one. Nikaah (1982) by BR Chopra. Though hardly a specimen of great cinema, it covered all the aspects of the injustice done to women by triple talaq, implemented immediately in the fit of the rage by the husband, who later on expects the second husband to divorce her (fulfilling the halala conditions), but in the end, the woman decides to stay with the second husband as a result of poor treatment by the first.

Other than that, there has been silence. No attempt to even remotely touch the subject. No attempt by the equality brigade in Bollywood to show solidarity with the wronged women. It’s well known that feminism is hypocrisy personified, but nowhere is it more evident in showbiz. That’s why they bring out films condemning drugs even when most of their fraternity are busy getting stoned in parties. They make films glorifying poverty while getting drowned in decadence in their day to day life. They make films promoting jingoism (not nationalism) while financing their films via criminal and even anti national money.

Therefore, they won’t make any films where the result might be stoning of their plush villas, or boycott of their future films, or stop them from getting an endorsements, or stop them from duty free shopping in Dubai. They won’t make any film on a topic which will stir the hornets’ nest or which is not convenient. They will not make films on any topic on anything which will not give them publicity to glamorize them.

Speaking up against triple talaq won’t give them any coverage in Cosmopolitan or Vogue, but wearing a bikini will.

Why do we even expect anything from these spineless people? Expect nothing from a film industry that was largely founded by dhimmis kicked out of their homes during partition. Instead of standing up for their humiliation, these spineless creatures via their subverted so called art, want to bring down everyone to their level, and call it as ‘’integration’’. And no, no word against Pakistan or Jihad, because it is detrimental to their business. Standing up for anything of value has never been their forte.

Let’s indeed focus our attention towards the real heroes, who are fighting a valiant battle against this abuse. The reel zeroes can worry about how they look with an extra level of makeup.

Our Response to Kejriwal’s letter to L-G Najib Jung