HOME » TFIUvaach » Feminism – An Obsolete ideology that has outlived its utility

Feminism – An Obsolete ideology that has outlived its utility

The trait which is common to all philosophies and ideologies is that after the passage of a certain period of time, all of them become obsolete and have to be abandoned if humanity is to progress to the next stage of civilization.

Religion is perhaps the most remarkable evidence of the above stated proposition. It is beyond doubt that during the early stages of civilization, religion played a critical role in the creation, sustenance, operation and evolution of societies. Religion also

played a crucial role in ensuring social cohesion and preventing society from disintegration. Also, religion contributed significantly towards the development of various disciplines and Sciences. As Christopher Hitchens puts it, “Religion was the race’s first attempt to make sense of reality.” And as Sociologists would later state, religion was fundamental towards establishing a social order and sustaining it, promoting the feeling of brotherhood and collective consciousness through rituals and ceremonies. However, in the present context, religion is decisively detrimental towards the advancement and progress of society as a whole and presents a serious threat to the existence and survival of the species itself.

Now the question arises as to why the same sort of analytical reasoning should not be extended to all other philosophies and ideologies. Not just religious doctrines but various other ideologies have been rendered obsolete by the passage of time, Slavery and Fascism being prominent examples.

Feminism and the rise of Feminazism My first argument for my stated proposition is that feminism is not simply about equal rights in a modern society anymore. The rise of Feminazism (a term invented to describe extremist feminists) should have triggered the warning signals but they were considered ‘fringe elements’ and blissfully ignored and perhaps rightly so. Labeling all forms of sex involving penetration of the Vaginal Orifice by the Penis as exploitation of women by the vicious mechanism of Patriarchy and equating consensual sex with rape has been one of the most profound contributions of Feminazis. The feminists however were quick to disassociate themselves from the Feminazis and declared the latter as not being ‘true feminists’. The response that Feminazism elicits from Feminists is quite identical to the reaction Jihadists elicit from religious moderates and needless to say, is quite fallacious. The feminists at this point must be reminded that they do not have a monopoly over Feminism and that Feminazis is a term coined by them to stay relevant in modern discourse and that the so called Feminazis call themselves feminists and must be regarded as such no matter how hoarse the opposition might cry. Also, there is no definite criterion for someone to be labelled as a Feminazi. That is, the line separating Feminazis from Feminists is entirely arbitrary and subjective. For example, the so called ‘true feminists’ might be labelled as Feminazis by others and there is no code of law which the ‘true feminists’ can produce to reject such accusations. Hence, in my eyes, Feminazis and ‘true feminists’ are all just simply feminists.

Feminism and the misplaced aggression 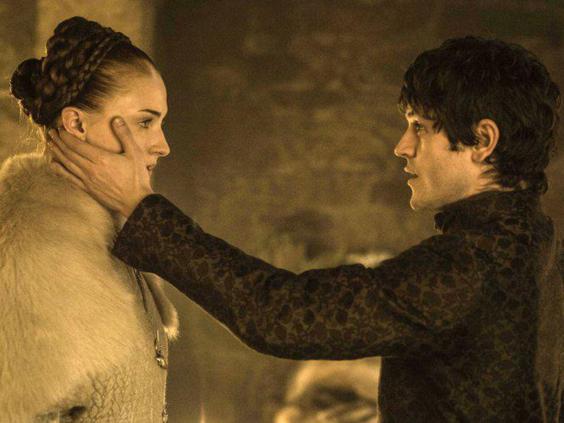 Modern Feminism has ensured some bizarre controversies regarding some very trivial issues which led to some serious derision from the general public (some among them being feminists themselves). The one I personally found the most ridiculous was the charge of ‘Glorification of Rape’ against the producer and director of Game of Thrones, a massively popular American television series. The rape of one of the most popular characters of the show led to massive outrage by feminists accusing those involved with the show of glorifying rape. The fact that the show has repeatedly indulged in extreme violence in the past has been blissfully ignored by the feminists. Also that some of the most influential characters of the show are females (Deanerys Targaryen, Arya Stark, Cersei Lannister, Margaery Tyrell to name just a few) mattered not. The most hypocritical aspect of the whole scenario is that these feminists sparked absolutely no outrage when another character of the show was brutally tortured and castrated. Apparently, it seems that although it is perfectly alright for male characters to suffer horrible fates, female characters must be accorded differential treatment by virtue of their womanhood. Such an attitude qualifies as Feminazism for me and by this standard, an alarmingly high percentage of feminists fall under this category.

Feminism and ‘The Holier than thou’ attitude of the Feminists

The aspect of Feminism I find most distressing is the deplorable attempt by Feminists to assume the morally superior ground by virtue of what they claim to support. This is distressingly similar to what the religious fundamentalists practice. If anyone is doubtful of my claim, then he or she only needs to see the opinions feminists hold for those who reject Feminism. It is somehow assumed by the Feminists that anyone who’s against Feminism is against Equal Rights for women and that preaching equal rights for women somehow automatically makes one a Feminist. It is as bewildering for me as it is ridiculous. Such an ambiguous and distorted view of Feminism resulted in one feminist calling me ‘a proponent of the tyrannical system of patriarchy’ and another ‘a feminist ignorant of what feminism actually represents’. Needless to say, I facepalmed massively on both occasions.

Feminism and its rotten terminologies Feminism and the promotion of victimhood

Another fallacious idea that has spread like a disease among feminists is the feeling that every woman is somehow a victim of misogyny and should anyone deny such a thing, they are either labelled as ignorant, patriarchal in their thoughts or derided straight out. Much more serious is the fact that Feminists actively promote the idea of ‘Them versus Us’. Under such a scenario, anyone from a different school of thought is automatically regarded as evil and their concerns are conveniently disregarded without assessing their validity. For instance, it can be observed that male victims of domestic abuse garner no real support from feminists who are supposedly the torchbearers of Gender Equality. The fact that Feminism does not envisage Gender Equality is further enunciated by the fact that they are up in arms against misogyny perpetrated by men while being sympathetic to the women who actively preach indiscriminately against all men and even go on to defend hateful speech by women against men as a rant by a victim of patriarchy.

Feminism and its hypocrisy Another ridiculous contradiction that never ceases to amaze me is the existence of Muslim Feminists. How, I often wonder, do Muslim women rationalize their faith to accept Feminism? The dominant Monotheistic religions are the very antithesis of what Feminists preach. The fact that some Feminists can actively be Christians or Muslims confirms my belief that these people are capable of any sort of delusions.

If I were religious, I would have fervently claimed that there’s a special cell in hell reserved for the Feminists of today, the youths. I would honestly like to know what they have ever done to help promote gender equality. All they have ever indulged in is Internet Feminism in a world where the majority do not have access to the Internet. And even while doing that, they have managed to make a fool of themselves spectacularly by outraging on nonsense issues while ignoring major issues of Gender Equality. For instance, the fact that Burka is a symbol of oppression has been gleefully ignored by a majority of the Western Feminists and the delusional breed of Muslim Feminists even have the audacity to assert the Burka has nothing to do with misogyny while the Indian Feminists are too busy maintaining the ‘Secular’ fabric of the country.

A glorious moment for Indian Feminism came when youths in the country decided to change the outlook of society towards menstruation by sticking sanitary napkins to trees in University Campuses in metropolitan cities with quotes written on them. I imagine it needs no saying that the campaign was a wonderful success and that it went a long long way towards changing people’s attitude towards Menstruation. Not. More recently, a youth from Kolkata wrote a long article where she shamed men who were staring at her stained clothes (Unnecessary but understandable) but she even went ahead and shamed women who offered her help in her predicament. According to her, those women were conspiring to ‘Hide her Womanhood.’ Womanhood must be a really fragile thing if the only way it’s revealed is through blood in someone’s clothes. Womanhood is much much more than that, something these ignorant spoilt brats will never be able to comprehend.

To sum up everything

Contrary to popular belief, Feminism is fast deteriorating into a vicious dogma which seeks to glorify only a certain kind of woman and demands respect instead of working hard to attain it. Modern Feminism is becoming increasingly religious in its approach to Gender Equality claiming vociferously it is the ‘only’ path through which Gender Equality can be achieved and demanding that it be treated with a certain reverence reserved for the ‘holy’. Also, it should be borne in mind that Feminism is our first attempt at Gender Equality after the carnage wrecked by the religions of the Goat herders and as such it is bound to suffer from a myriad of fallacies. The fact that Feminists refuse to accept Feminism is a flawed philosophy is troubling and amusing in equal measure.

Harvey Dent remarks prophetically in The Dark Knight, “You either die a hero or live long enough to see yourself become a villain.” People fail to appreciate the fact that the quote applies not only to humans but to philosophies and ideologies as well and as such people should know when to let go of a particular ideology. Otherwise, the consequences would be severe. History repeats itself it is said and History will repeat itself if we don’t recognize the evil Feminism is eschewing in the present. And therefore, the responsibility falls on the ones enlightened to steer the masses clear of a visible catastrophe. We can only hope enough people are enlightened before all hell breaks lose. Look at Sweden, that is all I shall say.

Amit Shah Version 2.0: What the Chanakya of BJP needs to do to reclaim his lost glory?