Budget 2016-17 is likely to focus on Rural Economy, Startups, Infrastructure and Cashless Transactions

by Shailesh Subramanian
in Opinions, TFIUvaach
0

The Union Budget 2016-17 is just round the corner. End of February will see the Finance Minister Arun Jaitley present the much awaited Budget. The Finance Ministry has already invited suggestions from trade and industry for suggestions and views. It has been a rather choppy year for India with monsoons below expectation, policy paralysis in the parliament, diminishing exports (imports have also reduced due to the fall in oil prices thereby keeping the CAD in check), dismal corporate earnings and stressed balance sheets of the private sector, continued high NPAs of the public sector banks and the price rise of essential commodities. The GDP growth, which was initially projected to be around 8% has now been pegged back to 7-7.5%. Considering the current economic scenario prevailing in the country and in the world over, below are some of the key takeaways that could come out of the Union Budget.

During the last budget, the FM had set a target of a fiscal deficit of 3.9% of the GDP. Although there have been challenges to meet this target, the Finance Ministry has not done any revisions and as per sources in the Finance Ministry, the target of 3.9% will be met without cutting expenditure or deferring tax refunds. The ministry has spoken of a target of 3.5% fiscal deficit during the fiscal year 2016-17 and an ideal 3% by 2017-18. This 3.5% target for 2016-17 indeed looks challenging, given the additional expenditures that the government would be incurring in the form of OROP (which should cost the exchequer somewhere around 8000-10,000 crore rupees) and the 7th Pay Commission (which should cost the exchequer more than 1,00,000 crore) and also the inability to pass the GST Bill, which could increase the GDP by a few basis points. We may see the FM take this into account and revise his target for 2016-17 to a more achievable 3.7% or thereabouts.

During the last budget, the FM announced that Corporate Income Tax would be reduced by 5% from 30% to 25% over a period of four years. The fiscal space will be severely restricted in 2016-17 due to additional expenditure commitments. Any tweak in the Personal Income Tax slabs during this budget is highly unlikely and it may get deferred to the budget of 2017-18. The move would be a break from the last two budgets where the FM provided significant sops to personal income tax payers. 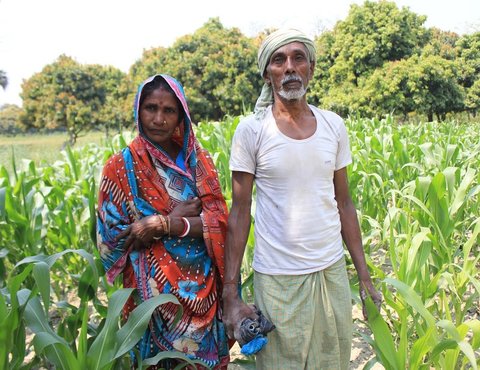 The rural economy, a key driver of demand and a support for the broader economy, has taken a knock from two back-to-back seasons of patchy monsoon.

As per sources in the Finance Ministry, the NDA government is all set to focus on social initiatives during the budget 2016-17. One such initiative would be to launch a fresh version of the National Crop Insurance program. Indian farmers rarely take cop insurance unless it is needed to secure a bank loan. Existing insurance plans, based mainly on crop yields, cover 10 percent of the farmers. Many farmers barely make a living from small and marginal plots and cannot afford the premiums. The premiums tend to be based on the crop yields of more prosperous farmers who use higher quality seeds, fertilizers and equipment. Under the plan being considered, a portion of premiums to be paid by farmers would be linked to their capacity to pay. To attract more growers, the government could lower the share of the premium farmers pay to up to 30 percent from 50 percent earlier.

There is likely to be more focus on irrigation and agriculture. The government has already allocated Rs 5300 crores to support micro-irrigation, watershed development and the Pradhan Mantri Krishi Sinchai Yojana. This allocation is likely to be stepped up in the 2016-17 budget. During the last fiscal, the government spent a large amount of money on infrastructure initiatives like highways, ports and railways. One of the reasons for this was the absence of private investments on the back of dismal corporate earnings. This trend is likely to continue despite the additional expenditure that would be incurred and the government, in all probabilities would pump in more money on infrastructure. The finance minister has indicated this when he mentioned that during a global slowdown, public investments has to lead the way. The Finance Ministry is in touch with a large number of international sovereign and pension funds to become partners in the newly set-up National Infrastructure Fund for financing big ticket projects.
Budget 2016-17: Benefits for start-ups

In keeping with the Prime Minister’s pet scheme of ‘Start-up India’, start-ups are expected to get a boost in the Budget with the Finance Ministry considering extending tax benefits on capital gains from securities of such funds. There may be schemes announced to support start-ups through easier funding/loans.

Under the Union Budget for 2015-17, the capital market may get big improvement with the Modi government considering ways to channelize domestic savings into high-class equity and debt investments. The government is considering fresh and innovative incentives for long term investments in the equity markets.

Budget 2016-17: Oil Cess Relief for domestic producers
The oil prices have crashed to 11-year lows and as a result of that, the oil companies like ONGC and Cairn have taken a beating. The government may convert a cess on domestically produced crude oil into an ad-valorem rate from a fixed per tonne, that is currently in practice. The ad valorem rate of cess will result in higher pay-outs when prices are high and lower when the rates fall.

The upcoming Union Budget will likely spell out measures to do away with convenience fee charged by the government departments for various payments and utilities, reducing the merchant discount rate on card transactions, lowering mobile payment costs and increasing the annual reportable limit of credit-card transactions. These measures are part of a comprehensive plan to reduce the use of cash in the economy and subsequently curb of generation of black money.

Considering the additional expenses that the government has to incur in the form of OROP and the 7th Pay commission, there is a chance that the Finance Ministry may hike the Service Tax from the existing 14% to around 16% in order to narrow down the fiscal deficit. The Finance Minister has indicated that the GST bill can be passed during the middle of the fiscal and once approved by the Rajya Sabha and 50% of the states, there would be no need to wait till April 2017. In case this happens, the revised service tax would hold good till the GST comes into effect.

Swami Vivekananda – The Vedantist, The Reformer, The Patriot