HOME » Knowledge » Who is the first home minister of India? – Biography and Career

Who is the first home minister of India? – Biography and Career

Who is the first home minister of India?

In this article we are going to tell you about Who is the first home minister of India? Apart from that here you can read short biography and notable works for this great personality.

Who is the first home minister of India?

Sardar Vallabhbhai Patel was an Indian politician. Also, he served as the first Deputy Prime Minister of India from 1947 to 1950. He was a senior leader of the Indian National Congress who played a leading role in the country’s struggle for independence and integration of India.

When India got independence, there were more than 500 princely states inside the country, it was possible only for Sardar Patel to make these princely states a part of united India in any way. For this he adopted three methods, the first method was to explain. Under which most of the princely states obeyed him and became a part of India.

Another way was to make them tempting offers like privy purse this is a salary that would be given by the Government of India to the king of the princely state. Finally, the third way was force, when a princely state did not agree to the words, then Sardar Patel also used force system, the prime example of this is the princely state of Hyderabad, which was forcefully made a part of India. 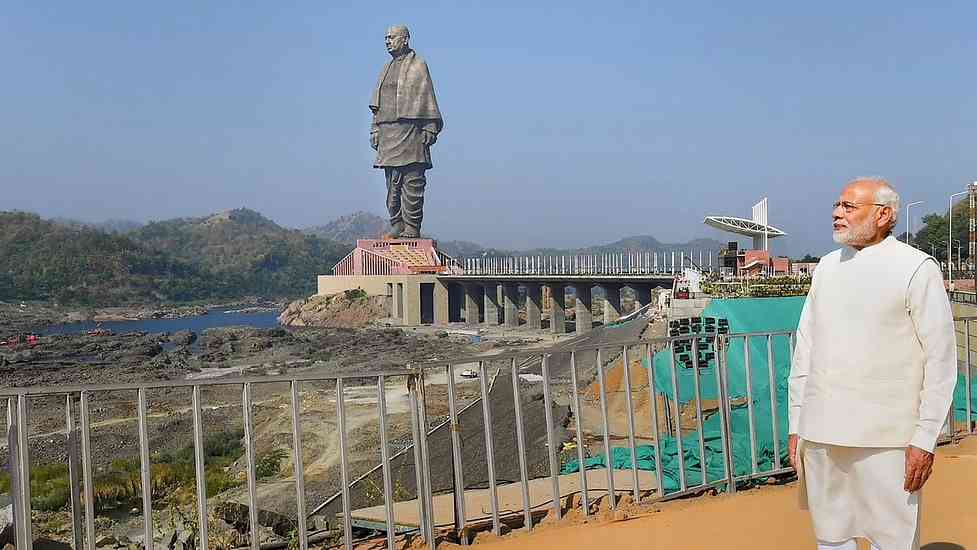 Sardar Vallabhbhai Patel played a key role in the integration of over 500 princely states into the Indian Union. He was believed to be deeply influenced by Gandhi’s ideology and principles, which is why he worked closely with the leader. Sardar Vallabhbhai Patel’s health began to decline in the 1950s. He died on 15 December 1950 due to a heart attack.

Also Read: Operation Polo: When Sardar Patel brought the Nizam of Hyderabad to his knees

Sardar Vallabhbhai was elected as the secretary of the Gujarat Rajya Sabha, the Gujarat branch of the Indian National Congress, in 1917.

Sardar Vallabhbhai Patel was among the leaders who were imprisoned for participating in the famous Salt Satyagraha movement launched by Mahatma Gandhi in 1930. Patel continued his unwavering support to Gandhi in the 1942 Quit India Movement when many contemporary leaders criticized the latter’s decision.

In 1991, he was awarded the ‘Bharat Ratna’, India’s highest civilian honour. On 31 October 2014, his birthday was declared as ‘National Unity Day’. On 2018, the ‘Statue of Unity’ dedicated to Patel has been unveiled as the tallest statue in the world with 182 m.

The Islamisation of Hindu majority Fiji is underway