by TFIPOST News Desk
in Analysis
2

A casual Google search on ‘democracy and economic growth’ will reveal that economists are divided over the matter. While some argue that democracy influences economic growth and development positively, others argue that it does not have any strong correlation and present China as an example. A few surveys have even found that non-democratic countries have better economic growth.

The global GDP and global population remained more or less stagnant before industrialization when the great divergence started. The life expectancy and human population expanded exponentially since the Industrial Revolution, and despite expanding human population, per capita income grew manifolds.

Without appreciating the effect of the Industrial revolution on human progress, one can not ask the more fundamental questions that concern economic growth and human development.

So, let us see the correlation between industrialization and democracy. Industrial Revolution started in the United Kingdom in mid 18th century and went to lower European nations and America in the 19th century. Democracy in the modern sense, which is universal suffrage, was implemented in the United Kingdom in 1928, almost two centuries after the Industrial revolution.

Britain of the mid-18 century was far from a democratic country. The government website of the National Archives of the United Kingdoms reads, “A survey conducted in 1780 revealed that the electorate in England and Wales consisted of just 214,000 people – less than 3% of the total population of approximately 8 million. In Scotland the electorate was even smaller: in 1831 a mere 4,500 men, out of a population of more than 2.6 million people, were entitled to vote in parliamentary elections. Large industrial cities like Leeds, Birmingham and Manchester did not have a single MP between them, whereas ‘rotten boroughs’ such as Dunwich in Suffolk (which had a population of 32 in 1831) were still sending two MPs to Westminster. The British electoral system was unrepresentative and outdated.”

Women, children, Roman Catholics (only Protestants were allowed to vote till 1793), and people without property fought for their right to vote for centuries.

Throughout Europe and America, which today sermonize the world about the values of democracy and even declare war on countries to bring democracy, the number of people allowed to vote did not reach double-digit of the total population before the 20th century.

The table below gives the period of initial industrialization in different countries and universal suffrage in those countries. While industrialization started in the latter half of the 18th century and matured in the 19th century, democracy in the modern sense is a 20th-century concept. Throughout the 18th and 19th centuries, less than one-quarter of the population was allowed to vote in most of today’s industrialized countries. 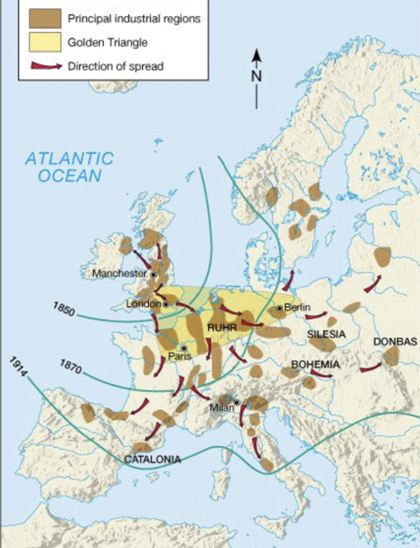 This makes one thing very clear, democracy has nothing to do with industrialization, which is a precursor to economic growth and human progress.

There are very few countries that have been able to successfully pursue industrialization in the 20th century. Most of today’s industrialized countries began the process in the 18th or 19th century.

For decades, the debate in India has stuck on free markets vs state-controlled economy very little on industrialization or lack of it. Thus, despite having a free economy, the country is not able to industrialize. The success of India came in a few very skill-intensive sectors like Information technology, pharmaceutical rather than capital and labour-intensive manufacturing. And the reason behind this is democracy which hinders industrialization.

The closure of the Sterlite copper plant in Tamil Nadu, and disturbances in the factories of Wistron and Foxconn – both manufacture Apple products and employ thousands of workers – show the issues India faces in the industrialization drive.

In China, Taiwan, or South Korea, if such incidents would have happened, the government would instantly side with the corporate group and quell workers’ protests. However, in India, politicians have to go to the people to ask for votes in every few years, and therefore, they would rather side with workers despite knowing its bad consequences.

India may become rich by expanding its Software Industry, Pharmaceutical Industry, Fintech Industry, and other emerging sectors that are more skill intensive, but succeeding in capital and labour-intensive industries is not possible. These industries demand supply-side economics, where the government sides with the interest of firms rather than that of voters, and in India, given the obvious democratic constraints, that is not possible.

Thus, India will succeed only in services sectors, and with greater servitization of the economy, it may become rich, but that process will be long because labour-intensive manufacturing is the only way to pull a large number of people out of poverty in a very short period of time, as shown by industrialized countries.

Industrialization is only possible if a single party has the kind of dominance that the Liberal Democratic Party enjoys in Japan, National Front enjoys in Malaysia, or Congress used to enjoy in India in the 1950s. If BJP wins many more states and continues to dominate national politics, it may be possible for the country to pursue policies that will enable aggressive industrialization.