by Guest Author
in Defense
0

While India is the second-largest arms importer after Saudi Arabia, since the past few years, India has been making steady progress in its defence exports with around 42 countries. Giving a major boost to India’s defence exports, the Philippines has accepted Indian BrahMos Aerospace Pvt Ltd.’s proposal worth $374.9 million to supply a Shore-based Anti-Ship Missile System Acquisition Project for its navy. The Philippines wants to use the BrahMos system for coastal defence and ground attack, given the growing Chinese aggression in the South China Sea. On the other hand, New Delhi, too, has a lot to gain from this agreement. Against this backdrop, this article attempts to analyse a few pertinent questions: Will the defence deal be a strategic move to Manila? Will it be a proactive step to counter China? Would it help to increase India’s presence in the Southeast Asian region?

BrahMos, a universal long-range supersonic cruise missile system has been jointly developed by Defence Research and Development Organisation (DRDO), India, and Mashinistroyeniya (NPOM), Russia. This supersonic cruise missile system can be launched from land, sea, and air. This missile travels faster than the speed of sound and as per reports, the missile itself has a range of 290 kilometres. The BrahMos missile operates on the ‘Fire and Forget’ principle, adopting varieties of flight on its way to the target. While comparing it with an existing state-of-the-art subsonic Cruise missile, BrahMos has three times more velocity, 2.5 to 3 times more flight range, three to four times more seeker range and nine times more kinetic energy. It is pertinent to mention that BrahMos is the first Supersonic Cruise missile known to be in service.

Despite the delay due to the budgetary constraints and the COVID-19 pandemic, BrahMos Missile from India is going to be part of the coastal defence regiment of the Philippine Marines. Considering the dispute between China and the countries like Brunei Darussalam, Malaysia, the Philippines, Taiwan and Vietnam and the Chinese expansionist tactics ranging from East Asia to the Himalayas has accelerated tensions in the region. For instance, between China and Japan over the East China Sea, China and ASEAN over the South China Sea, China and India at the Line of Actual Control, and the trade war between China and the US. Besides, China claims sovereignty over 90% of the South China Sea and has deployed its coastguard throughout the strategically important waterway.

The Philippines, a key player in the South China Sea territorial dispute, since late 2019 has become more proactive in responding to Beijing’s assertiveness in the region. From sending diplomatic protest notes to China to reversing the abrupt February 2020 cancellation of the Visiting Forces Agreement with the U.S., which allows the U.S. to station military personnel in the Philippines and conduct joint exercises with Manila, Duterte has taken significant steps to counter increasing Chinese threat. In addition, the Philippines received weapons and ammunition worth P48.5 million ($973,523) from the United States in July 2021. Similarly, the Philippines had received US approval for the purchase of 10 F-16C Block 70/72 aircraft.

It is interesting to note that this BrahMos missile deal comes at a time when China under Xi Jinping has overall taken an aggressive position in the region. More importantly, with respect to the dispute over the South China Sea between Manila and Beijing, the Philippines is asking China to respect the 2016 Permanent Court of Arbitration ruling on the South China Sea. However, Chinese President Xi Jinping said, “China’s territorial sovereignty and marine rights” in the seas would not be affected by the ruling”. While ignoring the claims made by other countries in Southeast Asia, Beijing claims almost all of the 1.3-million-sq-mile South China Sea as its sovereign territory.

Therefore, the purchase of BrahMos may add to the capabilities of the Filipino defence forces in countering Chinese aggression and expansionism in the South China Sea and beyond. Furthermore, apart from the Philippines, discussions are going on with Indonesia, Vietnam, Thailand, Malaysia, and Singapore for the procurement of BrahMos missiles.

An advantage for India?

Under the “Make in India” flagship programme of Prime Minister Narendra Modi, special emphasis is given on defence manufacturing in India. In this context, the BrahMos missile deal not only acts as a catalyst to reach targets of domestic defence production of $25 billion and exports of $5 billion by 2025 but also to cement India’s presence in the Southeast Asian region.

Overall, the Philippines’ interest to purchase the Indian BrahMos system worth $374.9 million for its navy can be seen as mutually beneficial. While on the one hand BrahMos system will reinforce the Philippines’s capability to counter Chinese expansionism, on the other, it will increase India’s presence in the Southeast Asia region to promote and secure its strategic interests vis-à-vis China as well as help enhance indigenous defence capabilities and boost exports based on self-reliance. 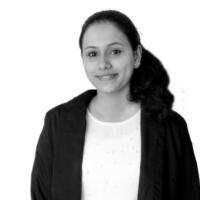 (Dnyanashri Kulkarni is working at Public Policy Research Centre, New Delhi as Assistant Research Fellow. Before joining PPRC as a researcher, she has interned at Indian Council for Cultural Relations. She has pursued her bachelors in French Literature from Mumbai University and is currently a Masters student of International Relations at Jindal School of International Affairs.)

Chanakya Exit poll will tell you the results before elections

“Conversion is our fundamental right,” A Catholic body will challenge Anti Conversion Law