The future of Indian Aviation will be dominated by Indigo, Tata and Rakesh Jhunjhunwala’s Akasa Air

According to Civil Aviation Minister Jyotiraditya Scindia, India has become the world’s third-largest domestic aviation market after the United States and China. Speaking on curtain raiser event on ‘Wings India 2022’, Scindia said, “We all know that in this densely globalised economy, air transport is a key element in the country’s transport infrastructure and plays an important role in the country’s economic growth.”

With the entry of new players like Rakesh Jhunjhunwala in the civil aviation market, the airfare is expected to come down and penetration to the interiors of the country will increase. Rakesh Jhunjhunwala-backed SNV Aviation, which will operate a low-cost airline under the Akasa brand, has placed an order for 72 Boeing 737-8 Max family of aircraft at list prices of $9 billion order, in what is set to pave the way for the new airline’s summer 2022 launch.

The fleet of 72 aircrafts will make the company one of the largest airlines in the country after IndiGo and the consolidated Tata Airlines. Tata Airlines plans to integrate airlines of newly bought Air India, Vistara, and AirAsia under one brand name. 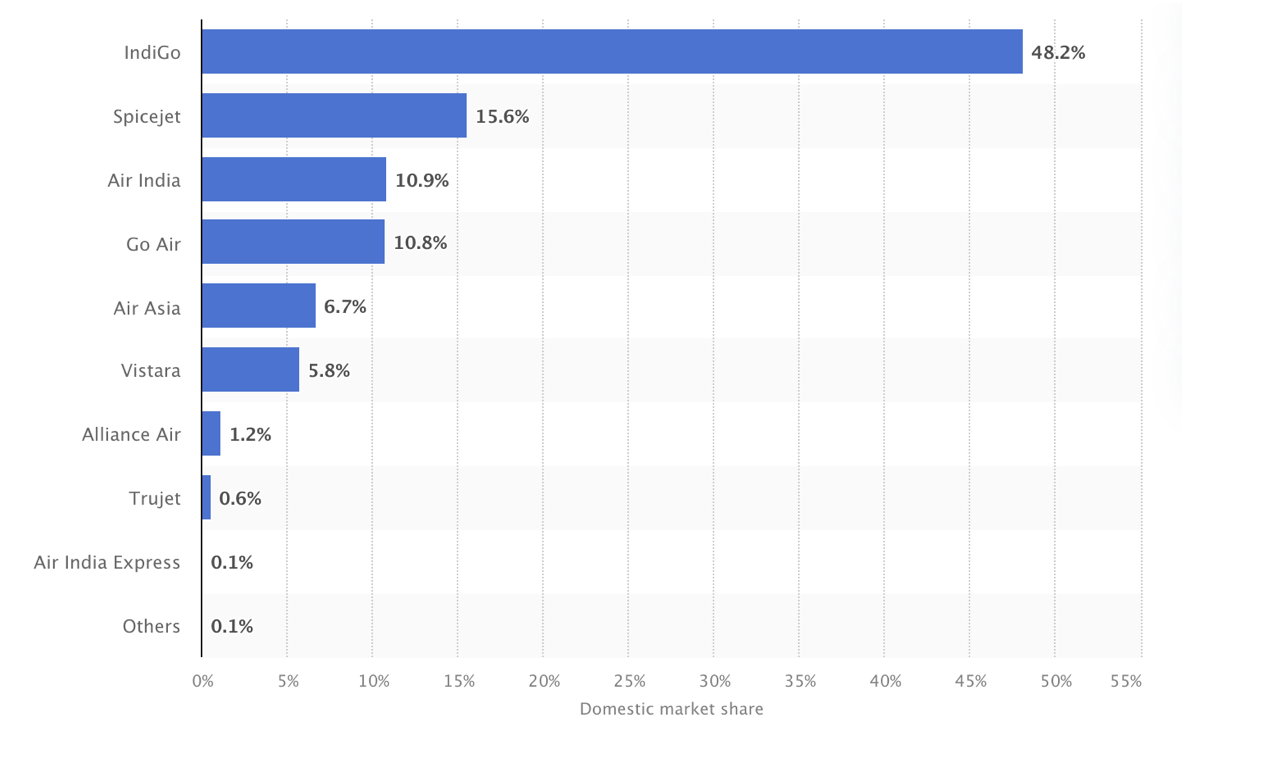 With the entry of Rakesh Jhunjhunwala led Akasa Airlines, the pie will expand. Since the last few years, more and more Indians are flying with the Indian air travel market posting around 20 percent annual growth, thanks to the UDAN scheme. Under the ambitious regional connectivity Ude Desh ka Aam Nagrik (UDAN) scheme or RCS-UDAN, India has to date operationalized 325 air routes. With the scheme launched in 2016 as part of the National Civil Aviation Policy-2016, Prime Minister Narendra Modi had dreamt of providing convenient and affordable connectivity in tier two and tier three cities of the country. As per the current scenario, Mumbai-Patna flight fare is now equal to train fare, this is all thanks to the UDAN scheme by Prime Minister Modi.

UDAN scheme aims to provide air connectivity to the 100 under-served and unserved airports of the country. Under the scheme, the average airfare for a one-hour journey of approximately 500 kilometres of the flight was capped at Rs.2500. The UDAN scheme would be in operation for 10 years.

As of May 31, 47 per cent of total routes and 39 per cent of airports (unserved and underserved) have been operationalized under UDAN, according to ICRA.

Scindia acknowledged the crucial role played by the UDAN scheme in developing the domestic air travel industry and enabling 20 percent growth. “To bring the benefits of the Civil Aviation to the common people and provide affordable air connectivity, Government of India had announced Regional Connectivity Scheme (RCS) – UDAN (UdeDesh Ka Aam Nagrik) on 21st October 2016. As on date, 387 routes connecting 62 Airports including 6 Heliports and 2 Water Aerodromes have been made operational under RCS-UDAN Scheme,” he said.