However, a 2020 decision of the Modi government is still haunting Chinese smartphone brands. In April last year, the GST rate of smartphones was increased. Before April 1, 2020, smartphones in India were clubbed in the 12% GST bracket. However, the Modi government then shifted them to the 18% slab, leading to a hike in taxes payable for smartphone sales. This in turn led to companies raising the prices of their products. However, the move to increase GST on smartphones is still having its effect, and the Chinese smartphone makers have once again hiked the prices of their handsets, albeit silently.

Read more: Indian Government explains why it banned so many Chinese apps and why it will keep banning them

The cumulative loss, therefore, will be felt by Chinese smartphone brands. Already, such brands do not have a good reputation in India and have been flourishing only because of their cheap products which an average Indian can afford. Now, however, Indians will choose quality over affordability, since Chinese brands are just offering their substandard and unsafe products at inflated costs.

Who has hiked their prices?

Chinese device makers Xiaomi and Realme have taken the lead in raising the prices of their smartphones. The Redmi Note 10 has received multiple price hikes. The base 4GB RAM variant, which was launched in India for Rs 11,999, is now retailing at Rs 13,999. The current price of the 4GB RAM variant matches that of the 6GB variant’s launch price, which is now available for Rs 15,499 on the device maker’s India website.

Realme is not letting Xiaomi have all the fun. So, the Realme 8, which takes on the Redmi Note 10, is now available for Rs 15,999 for the base 4GB + 128GB storage option. Other variants of the device too have received a price hike. Realme has hiked its smartphone prices by at least Rs 1,500. Devices like the C21, C25s have got a price hike of Rs 500 as well.

Oppo has also hiked the price of some of its phones like the A54 in India. The company announced a Rs 500 price hike for both variants, starting September 1. 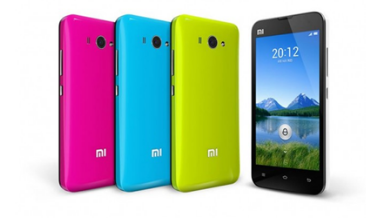 Why is the Government of India going after Chinese smartphone brands?

India and China have grown from being rivals to enemies. The Modi government, with the outbreak of Covid-19, realised that China and its Communist regime were up to no good. By early 2020, China had begun flexing its muscles along the Indo Tibetan border. This was reason enough for the Modi government to bring down the hammer on Chinese interests in India. Relations between China and India have now grown sour beyond rapprochement. With the Galwan valley clash of June last year, in which 20 Indian soldiers were martyred fighting off Chinese little emperors, India had waged a lethal anti-China economic campaign, beginning with the banning of all major Chinese apps in the country. Then, China’s interests in telecom, education, and other sectors were targeted. However, the Modi government had taken a massive step in March last year itself, when it decided to place smartphones in the 18% GST slab, thus tremendously hurting Chinese companies’ fortunes in India.

The Modi government is ensuring that Chinese companies do not dominate Indian markets in any manner, and is therefore targeting them in a steady, yet decisive manner.

PM Modi is preparing a list of projects delayed by Judiciary and NGT, it’s a warning to both

A timeline of how Babri Masjid was demolished brick by brick, hammer after hammer