Twitter cites freedom of expression to save itself from getting banned, Government gives a thundering response

After maintaining a stoic silence on the issue of the new social media and OTT guidelines released earlier by the Modi government, Twitter has now come out and begun crying foul over the growing undemocratization of India. Twitter’s rant against the Modi government comes after two Delhi Police teams paid its Delhi and Gurugram offices a surprise visit. Meanwhile, the government has been warning Twitter how non-compliance with its new guidelines could result in Twitter executives being jailed and fined heavy penalties, apart from the platform as a whole being barred in India. 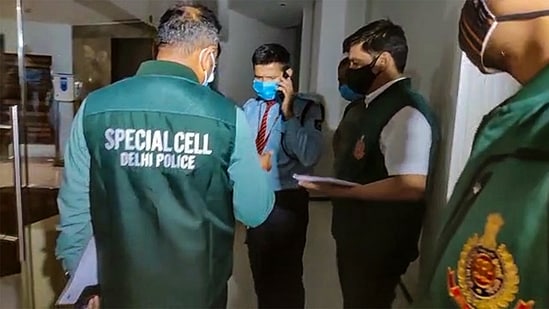 Realising that the government has forced it into a corner, Twitter, in an official statement regarding the new guidelines and in subtle reference to the Toolkit fiasco said, “Right now, we are concerned by recent events regarding our employees in India and the potential threat to freedom of expression for the people we serve. We, alongside many in civil society in India and around the world, have concerns with regards to the use of intimidation tactics by the police in response to enforcement of our global Terms of Service, as well as with core elements of the new IT Rules.”

After Twitter's meltdown, here's a hard-hitting clap back from the government of India. 👏 pic.twitter.com/IWkSll15KC

The Indian government pushed back hard against the misleading claims of the tech giant. Ministry of Electronics and IT asked Twitter that if Twitter was so committed, why it had not placed a similar mechanism in the first place. The Indian government pointed out the lack of accountability on the part of Twitter and how Indians are asked to escalate everything to the Twitter headquarters in the USA.

The microblogging platform, however, made it clear that it would comply with the new guidelines, saying, “To keep our service available, we will strive to comply with applicable law in India. But, just as we do around the world, we will continue to be strictly guided by principles of transparency, a commitment to empowering every voice on the service, and protecting freedom of expression and privacy under the rule of law.”

Read more: After Facebook and Google’s meek surrender before Modi government, Twitter is the only sacrificial lamb

The statement makes it clear that Twitter will ‘comply with applicable law’ only to keep its service operational in India. However, this assurance of compliance came with a caveat, which said, “We plan to advocate for changes to elements of these regulations that inhibit free, open public conversation. We will continue our constructive dialogue with the Indian Government and believe it is critical to adopt a collaborative approach. It is the collective responsibility of elected officials, industry, and civil society to safeguard the interests of the public.”

Twitter, in the last line of its statement, has effectively called for a mass mobilisation of the country’s ‘elite and intellectuals’ to oppose the new guidelines. Twitter is really punching way above its weight this time. With its latest statement and actions taken at the behest of the Indian National Congress, the microblogging site is digging its own grave in India.