by TFIPOST News Desk
in Trending
8

As per a report by Business Standard, the consumption of non-halal (halal meat is the one in which the animal is slaughtered in a ritualistic way by Muslims) Jhatka meat – the method of meat consumption suggested in Indic religions – is growing exponentially since the last few years, thanks to growing consciousness among Hindus and Sikhs.

The Sikh consumers used to consume only Jhatka meat but Hindus have no problem with consuming either Halal or Jhatka. However, with growing awareness over how Muslims are trying to monopolize the meat industry by imposing their methods on the majority community, they now ask for Jhatka meat at shops. 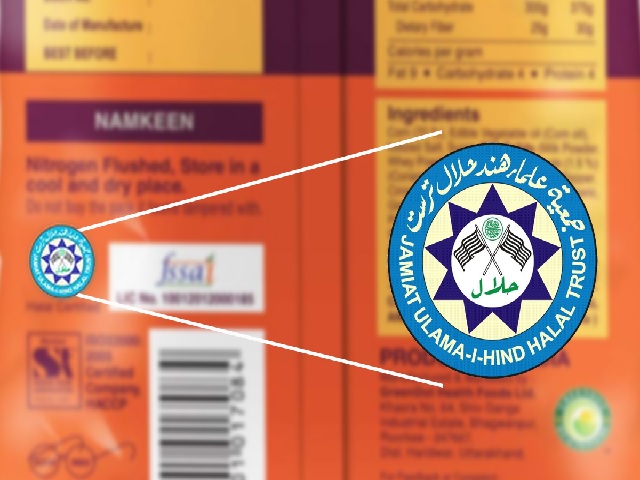 Mumbai-based Sikh entrepreneur Eshwinder Sethi, who claims to have opened India’s first jhatka meat processing plant in Pune, says, “We are Sikhs and are not allowed to eat halal meat which is butchered as per rituals of a particular religion. Of course, this practice derives from Hinduism. I came upon this idea in 2015 after realising that it was nearly impossible to get jhatka meat in Mumbai and Maharashtra. All meat being sold was halal. Many people don’t know they are being served halal. If they knew, many would be offended. In fact, a lot of Muslims also appreciate my products since it is clearly and transparently mentioned that the meat is non-halal and is jhatka.”

“Why should people who do not subscribe to Islam be forced to eat meat butchered by Islamic principles? Most of the meat sold in India is halal. You have everything from cosmetics, vaccines and even holidays that are certified halal. It is a religion-driven $7-trillion global business,” he added.

Halal meat producers are also trying to sway the countries like Sweden, Norway, Iceland, and many other European countries like Switzerland and Austria which have prohibited the sale of ritualistic Halal meat. Previously, the Agricultural and Processed Food Products Export Development Authority (APEDA), the apex body for the promotion of agricultural export removed the word ‘Halal’ from its Red Meat Manual after Upword, a not-for-profit knowledge platform, raised the issue with the Ministry of Commerce of Industry’s Red Meat Manual which has prescribed ‘Halal’ meat for exports.

Read More: A moderate Muslim’s library was burned by radical Muslims because it contained Hindu scriptures

The halal meat industry is ‘of the Muslims, by the Muslims but for everyone’. In countries around the world including the United States, the United Kingdom and India, the tiny Muslim minority has forced the majority community to adhere to their practices and standards.

The Muslim community has already monopolised the non-vegetarian food industry and forced lower caste and lower class Hindus to go unemployed. As even vegetarian food units are being asked to get the halal certification if they want a smooth run without a boycott from Muslims, despite the fact, all vegetarian food is halal (pure) as per Quran. In a country where a majority of consumers are non-Muslims, Halal food is being forced down their throat, thanks to cartelisation, fundamentalism, and unity of Muslims.

The rise of the Halat meat industry shows the increasing resentment among other communities towards the hardline stance of the Muslim community that pushed its religious practice down the throat of other communities.