Collector and District Magistrate of Ganjam, Odisha on Monday exposed the lies and deceit of Bollywood actor Sonu Sood, who purportedly is running an extensive PR campaign amidst the burgeoning second wave of the coronavirus pandemic. The official Twitter handle of the DM took to the microblogging platform to debunk a claim made by Sonu about arranging a bed for a Covid patient in the Ganjam City Hospital, Odisha.

The Ganjam DM informed that no such communication had been received from Sonu or his foundation and that the patient was safely isolated in his home.

“We have not received any communication from @SoodFoundation or @SonuSood. The requested patient is in Home isolation and stable. No bed issues @BrahmapurCorp is monitoring it. @CMO_Odisha,” tweeted the DM office whilst tagging the Twitter handle of the Office of the Chief Minister of Odisha Naveen Patnaik.

We don’t received any communication from @SoodFoundation or @SonuSood . Requested patient is in Home isolation and stable. No bed issues @BrahmapurCorp is monitoring it. 🙏🙏 @CMO_Odisha pic.twitter.com/oDeSrzpE3t

Sensing the narrative was slipping from his hand, Sonu Sood replied to the DM by posting an alleged screenshot of the chat with the patient. However, if Sonu is simply calling up the hospital, acting as the middle man to reserve the bed, and not even checking if the patient eventually got the bed or not then one needs to question what help he is exactly providing after collecting crores in donation from the gullible populace. Moreover, the authenticity of the shared screenshot could not be ascertained at the moment.

Sir, We never claimed that we approached you, it's the needy who approached us & we arranged the bed for him, attatched are the chats for your reference.Ur office is doing a great job & u can double check that we had helped him too.Have DM you his contact details. Jai hind , 🇮🇳 https://t.co/9atQhI3r4b pic.twitter.com/YUam9AsjNQ

As reported previously by TFI, a Twitter user, named Umey Abhishek Rajput had similarly exposed Sonu when he took to the platform to seek help in arranging plasma for a Covid-19 positive patient named Reena Solanki. Abhishek shared the requisite details such as the name and location of the hospital, the telephone numbers of the patient attendees, and the blood group of the patient whilst also tagging actor Sonu Sood in his tweet.

About 12 hours later, Sonu Sood responded to his message for help. He informed the Twitter user that he had arranged plasma for the patient named Reena Solanki. In a tweet, the actor said, “Plasma is arranged. Speedy recovery.”

However, Abhishek deflated Sonu’s claims by clarifying that the patient’s family had received no plasma up until that point, contrary to the claims made by the actor. He tweeted, “Sorry @SonuSood sir, but family has no information for arrangment of plasma. Please help”

Sorry @SonuSood sir, but family has no information for arrangment of plasma.

In another case, a netizen named Social Worker Manoj took to Twitter on May 9 at 1:04 AM by tagging Sonu Sood and requesting a bed for a patient whose SpO2 levels had dropped to drastic levels. The actor responded to the tweet in the morning at 9 AM by claiming that through his organisation, the patient had found the bed, “Sometimes it’s good to be awake at night. Got you a bed at excel care hospitals @SoodFoundation” tweeted Sonu.

However, a vigilant Twitter user pointed out that the patient had passed away in the night at 3 am and that they had confirmed the same by talking to the patient’s family. “Congratulations to your PR Team @SonuSood We checked with Patient family to know that patient had died at 3am And you got them bed at 9am.. Kya Baat Hai..” tweeted Shishir.

Sometimes it's good to be awake at night.
Got you a bed at excel care hospitals @SoodFoundation https://t.co/i2KU6M4b8Q

After facing a deluge of criticism for falsely claiming to help the patient, Sonu came out with another tweet where he pretended that he arranged the bed for the patient at 12 AM on May 9. However, as mentioned earlier, the distress call was sent at 1 AM in the night. So, a time-travelling Sonu Sood arranged for the bed, before any request was made.

Last year, another controversy had erupted after Sonu allegedly helped migrant workers reach their homes. Hundreds of tweets sent out by the supposed aggrieved individuals were deleted soon after Sonu replied to it and gained social media points. Netizens had accused Sonu of planting tweets and using them to increase his popularity. 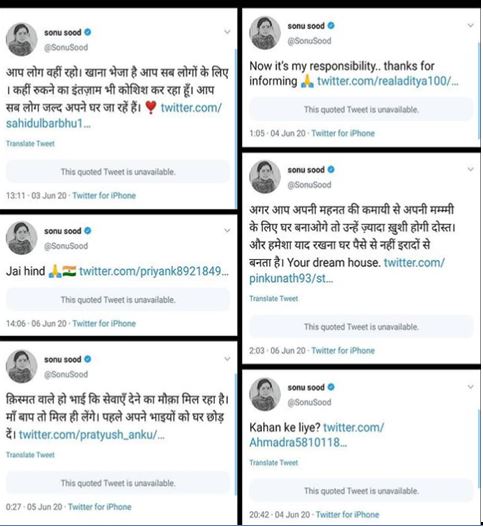 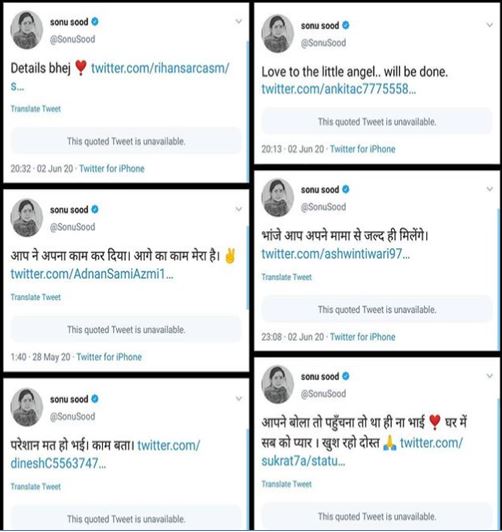 There is no denying the fact that Sonu Sood might have helped few individuals during the pandemic and props need to be given for that. However, by milking a humanely gesture to resuscitate his sleepy film career, and publish gloating autobiographies, Sonu is tarnishing his image. By falsely claiming to help the patients, which was exposed to the tee by the Ganjam DM – the actor has only invited criticism his way.