The unquestionable stardom of Salman Khan under a big question mark, people troll him for Being Human Masks

Salman Khan, the undisputed hegemon of Bollywood finds himself in quite an exceptional and a rather rare situation. Sushant Singh Rajput’s death has irked Indian audiences like never before, and they are in no mood to tolerate Salman Khan’s PR shenanigans at a time when the nation is unitedly demanding justice for the late actor. Perhaps, thinking that all was well, and like all other times he will evade public outrage, Salman Khan got it all grossly wrong this time around. On August 14, the superstar took to twitter to boast his new PR initiative under the aegis of ‘Being Human’.

Wearing a newly launched ‘Being Human’ facial mask, the actor announced that all buyers would be gifted with a free mask for every mask which they buy. Such a mask, he said, can then be given to those individuals ‘in need’ of one. Essentially, Salman had tweeted in the hope of garnering large-scale support for his noble initiative. However, it ended as an unparalleled catastrophe. Netizens were ruthless in their takedown of the film industry-goliath, something which is an extremely rare sight in the Indian cyberspace.

But Bhoi does Charity 🙏 pic.twitter.com/TTcFsk7Iu1

Ever since, Twitter has also been flooded with anti-Salman Khan Trends, which have gained huge traction and have become mediums for the public to vent their frustrations out against the superstar. At the time of writing this report, #BeingSalmanBot was seen trending on Twitter’s charts. Other trends that have been active over the past two days include– #SalmanKhanIsBULLY, #BoycotBiggBoss2020, etc.

The tremendous outrage which is being directed against Salman Khan is indeed a rare occurrence. While people targeting celebrities like Karan Johar, Mahesh Bhatt and other supposed Bollywood ‘biggies’ on social media is the new normal, Salman Khan has rarely ever been made the target of public outrage on social media. Not that there are not plenty of individuals who don’t already despise the man, however, such people never found a considerable audience on social media.

Salman Khan’s die-hard fans on social media have for so long been a solidly formidable force, which have almost always succeeded in overwhelming all those who dared speak against their demigod. This is a force which consumes Salman’s detractors seamlessly, almost always. However, it now turns out that this consolidated group of Salman-fans on social media are losing their effectiveness, or it can also be that the tables have turned rather harshly on Salman. While Salman-fans were able to control the narrative around their demigod for so long, the outrage against him is just too large and widespread to even attempt at containing this time round. It signals an end to Salman Khan’s hegemony on social media, and a beginning of the actor’s digital doom, at least. 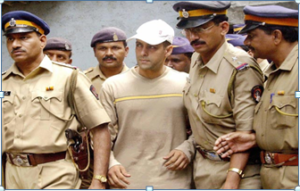 Salman Khan has a well-oiled and cash-pumped PR machinery to back him, and help him coverup for a lot of disasters and infamous incidents in his career. Such has been the effective strategy of his PR machinery that Indians did not even until now had realised that the man has allegedly a rather extravagant record in terms of breaking the law. Being Human is just a small portion of this PR program, and for the superstar to be trolled based on his promotion of the said company’s face mask too tells us quite a story. It tells us that along with the actor’s digital army which for so long has remained undefeated, his PR machinery is also losing control over the narrative around the superstar and that it is being unable to mind-control people any longer when it comes to Salman Khan. 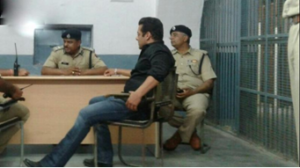 Netizens are digging up information regarding the alleged crimes committed by the actor in the past, and lists of the same are also widely circulating on social media. This goes on to show how immense a PR disaster has struck the superstar, perhaps for the first time after his career’s resurrection. What’s even worse is that neither can Salman, nor his loaded PR machinery can do anything to contain the same, since the magnanimity, and perhaps the authenticity of the outrage is unprecedented. Salman Khan’s sphere of influence in social media seems to be steadily dwindling. 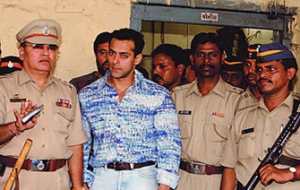 Unlike Bollywood, where Salman Khan can use his might to destroy the careers of budding stars and artists, his shares of a whinge or personal feud with India’s social media is now slipping out of his firm grip, and people are steadily beginning to know ‘Bhai’ for the man he is with an illustrious record of flouting the law. In the film industry, Salman has obliterated the careers of many. Whether it is Arijit Singh, Vivek Oberoi or even AR Rahman and Sonu Nigam, Khan has had his influence in the industry used against such people. His alleged physical assault of former girlfriend Aishwarya Rai keeps popping into the public’s memory every now and then. Reportedly, the superstar also played a big role in ensuring Sushant Singh’s career tanks, after the late actor had a fallout with Sooraj Pancholi– Salman’s dearest launch in the industry so far.

Salman Khan’s reign seems to be headed for an inglorious death. His large fan-base which asks no questions of him, and a well-oiled PR machinery have both failed at insulating the superstar from public ire this time; the trend will definitely not be reversed any longer.

PM Modi is the first PM of India to openly talk about Menstrual hygiene, and the taboo around it is sure to end

Xiaomi, Oppo and other Chinese phones to be banned? Modi govt’s new move suggests so