He had said Sushant was hearing voices

by Mahima Kalra
in Cinema
0

The death of Sushant Singh Rajput has left everyone around the country in a state of shock. Sushant was a bright, intellectual star in the morally-corrupt of the world but unfortunately, the vultures of the Bollywood could not gulp his success and became an enemy of a person who just wanted to entertain people and gaze out at the stars through his telescope.

A middle-class guy and an outsider making it big in the Bollywood was bound to raise a few eyebrows. The Bollywood industry which drives and thrives on nepotism felt threatened by Sushant’s meteoric rise and therefore started cornering him. After Sushant’s death, the name of Mahesh Bhatt has been actively doing the rounds in several conspiracy theories suggesting Bhatt had a hand in pushing Sushant to the edge.

The propaganda newspaper of Congress, National Herald, had come with trash of an article that looked to tarnish the legacy of Sushant Singh Rajput. The disgusting article quoting one Suhrita Sengupta, who claims to be a close aide of Mahesh Bhatt says that Mahesh Bhatt said that he feared Sushant will commit suicide one day.

Sengupta said Mahesh Bhatt told Rhea, Sushant’s then-girlfriend (not confirmed either), that his mental condition is just like that of Parveen Babi. Bhatt had even gone on to suggest Rhea to break up her relationship with Rajput.

Mahesh Bhatt also said that Sushant was hearing voices, behaving strangely. Bhatt allegedly coaxed Rhea to leave Sushant’s flat by saying that Sushant was on Parveen Babi’s trajectory of being a Schizophrenic.

I wonder who and why is cooking up the schizophrenia stories about #SushantSinghRajput. Please don’t let propaganda win. 🙏 pic.twitter.com/9agcV2AbQM

Moreover, there are rumors going around on social media that Mahesh Bhatt and Rhea Chakraborty were having an affair. There have been claims that a few days before Sushant’s death, Rhea had deleted all personal photos with Sushant from her Instagram page. Whether it was because of the breakup or due to Bhatt’s intervention, the Mumbai police are investigating every possible angle.

Efforts are on an overdrive from the Bhatt clan to dub Sushant as crazy, loony and a mentally unstable person as his sibling Mukesh Bhatt came up with similar statements.

Mahesh Bhatt and his pot of controversy

Mahesh Bhatt during his filming career has been involved in numerous scandals. He has been a known flashy playboy of his time. It is also worth mentioning that Parveen Babi and Mahesh Bhatt had an extra-marital affair back in the day and many industry insiders attribute Parveen’s mental problems to be Bhatt’s doing. He was married at the time when he started dating Parveen Babi. In fact, he was married to his childhood sweetheart Lorraine Bright, who was later renamed Kiran. She is the mother of Pooja and Rahul Bhatt.

Bhatt dated Parveen from 1977-1980 even while being married to Lorraine aka Kiran Bhatt. During this period, Parveen’s mental health issues started coming out and it is alleged that Bhatt only let them flair up. When things went south, he left Parveen, then divorced Kiran and a few years later got married to another Bollywood actress, Soni Razdan.

His movie, Woh Lamhe featuring Kangana Ranaut, and Shiney Ahuja is said to be based on Parveen Babi

A picture of Mahesh Bhatt kissing his daughter passionately on the lips had appeared in the Filmfare magazine in the ’80s. “If Pooja wasn’t my daughter, I’d have loved to marry her.” Mahesh Bhatt had told the Filmfare magazine. His actions brought widespread criticism as everyone from the media to the film industry frowned upon Mahesh’s act of indecency and an even lewd statement. 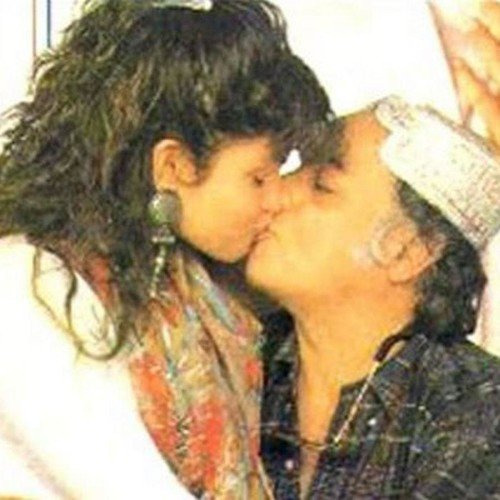 In February, Rakesh Maria in his autobiography ‘Let Me Say It Now’, had also mentioned how he had asked Mahesh Bhatt to warn Gulshan Kumar about an apparent death-trap set by the underworld criminal Abu Salem.

Mahesh Bhatt’s son Rahul Bhatt has also been involved in a lot of ugly affairs. Rahul was the friend of Lashkar-e-Taibab (LeT) spy David Coleman Headley aka Dawood Gilani. Although he was let go of by the police, his connection with Headley brought a lot of negative spotlight on both the father-son duo.

Headley later told a court in Chicago that he liked Bhatt and had hoped to recruit him as an agent for Pakistan’s Inter-Services Intelligence (ISI).

Projecting Sushant as a mentally unstable person which he definitely wasn’t is being deliberately done to blackface his accomplishments in the Nepotism-driven Bollywood industry. The likes of Mahesh Bhatt by making such frivolous statements are trying to keep the heat away from themselves. Mahesh Bhatt has a penchant for controversy as has been established and what he is doing in the aftermath of the death of a person is absolutely reprehensible.