Deployment of paramilitary forces: The only solution to JNU’s problem

The administration also introduced service charge of 1,700 rupees per month. The protesters are demanding that “The 999 per cent fee hike from 2,740 to 30,100 annually must be rolled back immediately.” 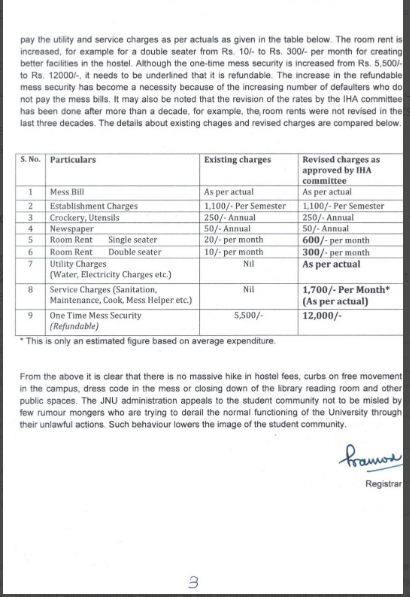 It is not tough to comprehend that JNU students were living at a ‘nominal fee’ and the administration increased the charges in order to improve the facilities. Living in a posh area of Delhi at nominal fee of 10 rupees per month is a luxury that only JNU students could afford. 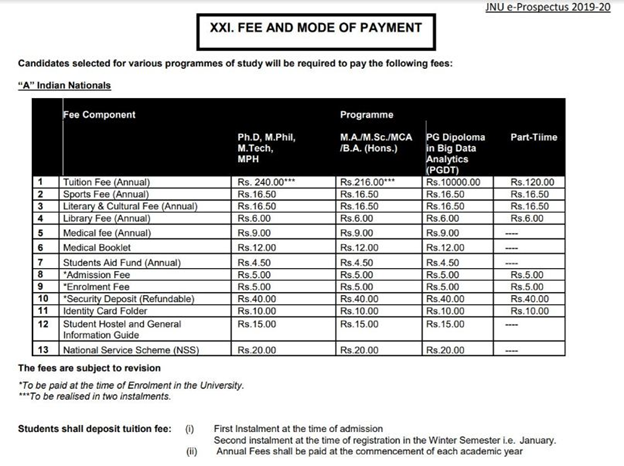 Given the nominal hostel fees, some students had spent more than a decade at the university. Many students do double Masters, take seven or eight years to complete Ph. D, only to spend maximum time in JNU. This is economical too, given the dirt-cheap price of canteen food, and negligible Hostel Fee, one can easily spend a month in JNU with 5,000 rupees in his/her pocket. Therefore, even if one works only on weekends, the person does not need pocket money from guardian to live a good life in the posh location of South Delhi.

The university was having third convocation program, which was shifted to nearby AICTE building due to protesters. But, once the students lost the chance disrupt the convocation ceremony due to administration’s smart decision; they shifted the protest to AICTE building.

The unlawful activities have become everyday occurrence in JNU. From anti-national slogans to illegal trafficking banned drugs, holding the Vice Chancellor and professor hostage for hours, JNU has been in news for all the wrong reasons for years.

Similarly, a permanent police station inside the Anugrah Narayan Magadh Medical College and Hospital in Gaya was set up to prevent the unlawful activities by the students. There was little law and order inside the campus and the step was very much necessary.

A permanent police station inside the university is best solution to prevent the unlawful activities by students. A few days ago, Visva-Bharati University in Shantiniketan became first university to have permanent central government security force. The government employed Central Industrial Security Force after the Vice chancellor asked for the same to maintain the law and order situation in the university.

JNU is a ‘promised land’ to adherents of Communism. The extreme freedom of expression, ideas, clothing, for which space around the world is shrinking can find space in the Promised Land.

Employing a central government’s paramilitary force is necessary to maintain law and order situation, in which the students who want to focus on studies and research could do the same.