No Result
View All Result
Newswire
S.Korea to extend social-distancing rules 32 mins ago
Consumers spend $57 bn on video games in US in 2020 35 mins ago
Pak no country for Christians, reveals report 38 mins ago
First vax shot given to Bihar hospital sweeper 41 mins ago
Criminal charges for lawmakers who helped Capitol riot: Pelosi 47 mins ago
Indian fan complains of racism at SCG 1 hour ago
Next
Prev

Despite being from a middle class family, Manmohan Singh obtained his Masters from the University of Cambridge and his doctorate from the University of Oxford, standing first throughout his academic career. After completion of doctors, he went on to work at United Nations but returned to India to work as an advisor to the Ministry of Foreign Trade. From being and advisor to foreign trade ministry in 1969, he went on to become Chief Economic Adviser in the Ministry of Finance in 1972, Secretary in the Finance Ministry in 1976 and was appointed Governor of Reserve Bank of India in 1982 where he was till 1985.

Dr Manmohan Singh was among the early advocates of economic liberalization, when the popular discourse on economy was dominated by Communists and Socialists. The few contrary voices, like B R Shenoy, Subramanian Swamy, Jagdish Bhagwati, Padma Desai, and Lord Meghnad Desai were sidelined by the for advocating free market economy.

But a few milder voices, which were not outspoken like the aforementioned names, survived in the government, and Dr Manmohan Singh and Montek Singh Ahluwalia were among few of them.

As the faith of the political establishment turned pro-market, the milder voices rose through the government ranks. The country faced a balance of payments crisis in late 1980s, and the PV Narsimha Rao government, elected in mid-1991, wanted to carry out economic reforms for which it handpicked Manmohan Singh for the post of Finance Minister.

The macroeconomic condition of India was very poor at that time, and the country was on the verge of default. Fiscal deficit was at 8.5 percent of GDP, Current Account Deficit at 3.5 percent of GDP, and foreign reserves at 1 billion could cover only 2 weeks of import.

Manmohan Singh, backed by former PM Narasimha Rao, took a series of steps to dismantle the License-quota-permit Raj. The government abolished import quotas, opened up many sectors for foreign investment, devalued Rupee by at least 25 percent, and minimized the regulatory hurdles. Within 5 years, the government laid out the structure for the kind of ‘political economy’ we see today in the country.

With the minimization of regulatory cholesterol, the economic growth reached to 7 percent by the end of PV Narasimha Rao term, from a sub 3 percent growth for the previous four decades. Overall, the five years tenure of Manmohan Singh could be called ‘highly successful’ as it sowed the seeds of the modern political economy of India.

After the UPA government came to power in 2004, Italian born Sonia Gandhi, who herself could not be Prime Minister, ‘placed’ Manmohan Singh on the prime minister’s chair while the real power was in the hands of specially constituted National Advisory Council (NAC), which was chaired by Mrs Gandhi.

The NAC, an advisory body set up by UPA government to advise the Prime Minister of India ran a shadow government in the country. The NAC was the brainchild of erstwhile Sonia Gandhi who used the NAC to supersede the decisions taken by Manmohan Singh’s Cabinet. In a nasty show of power and connivance, the NAC rendered Manmohan Singh and the Cabinet powerless. The number of scams that emerged in the era of UPA-II could also be attributed to the NAC decisions which could not be overturned by even PM Manmohan Singh.

As revealed in the 2014 book ‘The Accidental Prime Minister’ by ex-PM Manmohan Singh’s media advisor Sanjaya Baru, the power resided with the Congress President Sonia Gandhi rather than Mr. Singh. The book alleges that Manmohan Singh was not the one controlling his own Cabinet. Furthermore, he did not have command over the Prime Minister’s Office (PMO). The files meant for the PMO used to regularly land at 10 Janpath, the official residence of Congress President Sonia Gandhi. All this was done throughout the 10-year rule of the Congress, while Manmohan was reduced to a face and hand which carried out orders and signed on documents as per the direction of Sonia Gandhi. 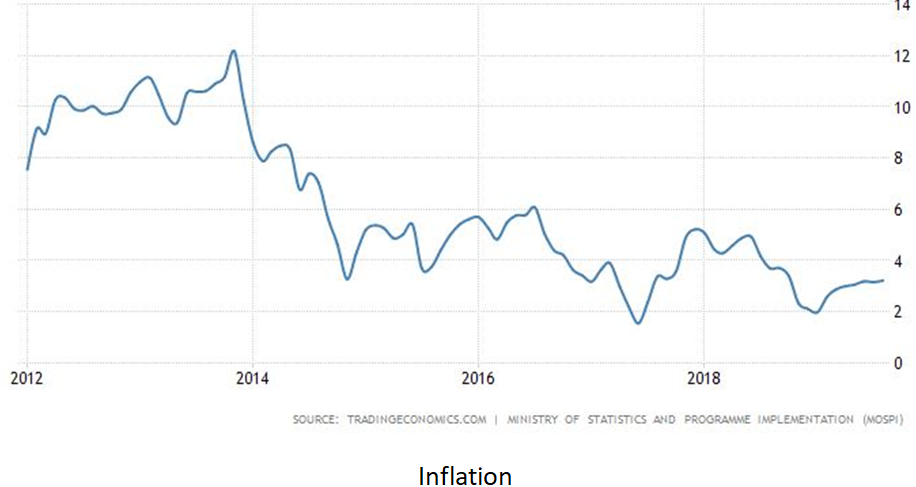 The UPA government diverted money from public investments in infrastructure to politically popular schemes like MGNREGA. Post 2008, while China invested aggressively in creating infrastructure for next 50 to 100 years, India under Congress led UPA Government squandered tax payers’ money in MGNREGA. Inflation rose to double digits due to inflationary schemes like MGNREGA and it became one of the reasons behind Congress party being reduced to 44 seats in 2014.

The NPA crisis seen in NDA tenure is a creation of Congress itself. Raghuram Rajan, former RBI Governor, has accused UPA for NPA crisis. As per some very popular and credible theories, Sonia Gandhi and her coterie looted PSU Banks by taking bribes of anywhere in the north of 8% to sanction loans to scrupulous crony capitalists. NPA number was very smartly understated by bankers. It was only after RBI under the leadership of Dr. Rajan forced banks to become stricter and prudent in accounting and providing for the same. That resulted in NPAs jumping from around Rs. 2.5 lakh crores to Rs. 10 lakh crores. Till then bankers were handling window dressing to keep their books beautiful.

The mismanagement of economy after the Global Financial Meltdown, Government of India led by an expert economist, Dr. Manmohan Singh, going for the third Stimulus and asset bubble created due to easy liquidity and low interest rates and diversion of funds from productive use to speculative purpose was the key reason for RBI initially under, Dr. D. Subbarao and then Dr. Rajan, getting very rigid and inflexible to accommodate the pleas of Finance Ministers. This mess was also a creation of Congress led UPA Government.

Under the 10 years of Manmohan Singh as finance minister, the macro economy of the country worsened, inflation was at an all-time high, and growth rates touched sub-5 percent. The former Prime Minister famously said “history will be kinder to me than the contemporary media”, and this is a reality- those who are aware of history of India’s political economy will judge the him more accurately than those who only witnessed the corrupt regime of UPA under his leadership.