India eyeing to become a major defence exporter, 85 countries on the radar

India has been one of the largest importers of defence equipment for decades. For the period 2014-18, India was the second largest arms importer after Saudi Arabia. “India was the world’s second largest importer of major arms in 2014–18 and accounted for 9.5% of the global total,” said Stockholm International Peace Research Institute (SIPRI) in its report. Defence imports sucked a large chunk of India’s foreign exchange and were responsible for severer stress on public finances of the central government.

In the first term, Modi government brought Make in India initiative to promote domestic manufacturing in various sectors including defence. Although defence sector manufacturing boost on expected lines but at least many big business houses entered in the sector. In the second term, the Modi government does not only seek to promote state of the art technological weapons for Indian Armed Forces but also for exports. 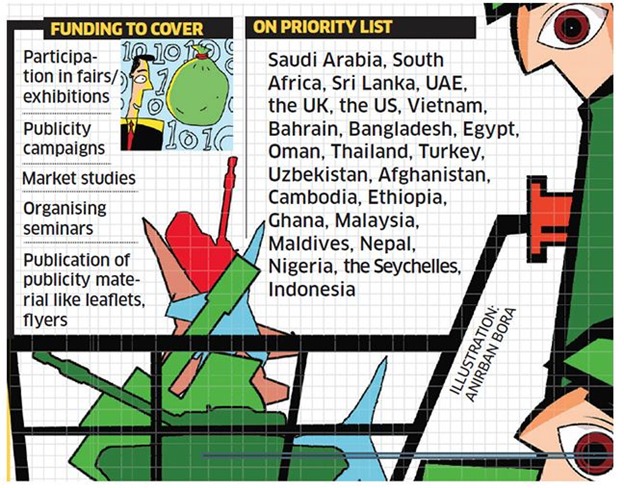 In the next budget, 50,000 dollars will be allotted to promote export of defense equipment manufactured in India. Defence attaches (a military expert who is attached to a diplomatic mission) across the world have been asked to submit a detailed action plan to promote Indian defence exports in their respective countries. The countries are categorized as A, B, C according to the prospect for exports and the attaches will get money as per this categorization. 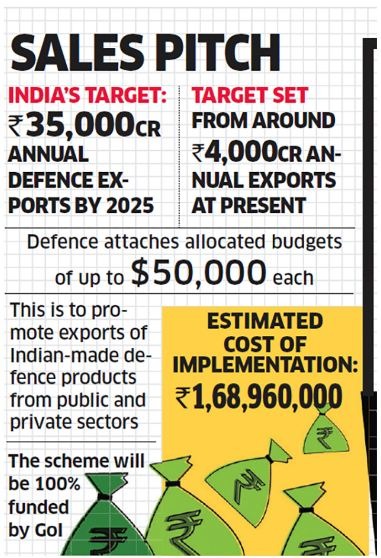 The government has set a target of 35,000 crore rupees defence export by 2025. “The scheme will play a catalytic role in addressing interventions required for exploring new markets and promoting export-oriented activities by defence attaches in the countries to which they are attached,” said the defence ministry in a note on promotion scheme.

The nations categorized under the highest potential for purchase are Bangladesh, Afghanistan, UAE, Malaysia, and a few other Southeast Asian countries. “India is emerging as a manufacturing hub for defence production and Defence Production Policy 2018 envisages an export target of Rs 35,000 crore by 2025. Defence attaches’ deputed across the world, therefore, play a pivotal role in showcasing India’s capabilities in defence product manufacturing and promoting export of defence products,” said the defence ministry. The ministry has identified a total of 85 countries as potential importers of Indian defence equipment.

The focus of DPP-2018 will be to invest adequate sources to develop critical technology for manufacturing state-of-the-art military platforms including fighter jets, attack helicopters and weaponry indigenously. According to the draft policy, the government is looking at achieving a turnover of Rs 1.7 trillion (Rs 1, 70,000 crores) in military goods and services by 2025.

The draft aims to raise FDI cap in niche tech to 74 percent. A higher FDI in the sector will boost local manufacturing and catapult India into the League of Nations housing top defence and aerospace industries.

The Modi government identified 12 military platforms and weapons systems for production in India to achieve the aim of “self-reliance”. They are fighter aircraft, medium lift and utility helicopters, warships, land combat vehicles, missile systems, gun systems, small arms, ammunition and explosives, surveillance systems, electronic warfare (EW) systems and night fighting enablers, among others. They said the policy aims to make India one of the top five manufacturers of defence platforms with the active participation of public and private sectors.

Humanity as religion: Why Bethune College’s approach is problematic