Massive infrastructural projects are changing the face of Mumbai

There are only a few cities in the world that match the grandeur of Mumbai. One of the most densely populated cities in the world, Mumbai has something for every caste, creed, colour, and religion. The financial capital of India accounts for 2.5 percent country’s GDP, 30 percent of Income-tax collections, 20 percent of excise collections, 60 percent of custom duties, and 40,000 crore rupees of corporate tax collections in the Indian economy. Despite contributing such huge amount of taxes and housing country’s most important financial institutions, Mumbai never got its fair share in budgeted expenditure from the government. Congress party ruled the state of Maharashtra for most of the time since independence and the party leaders were more interested in distributing sops in Pune region as it was their political base while ignoring Mumbai.

The mindset of Congress leaders to favour people of its own belt did cost a huge loss to Mumbai and the country as a whole. Majority of the state’s collection of taxes had been diverted to Pune region while Mumbai had to sustain on its own. The public investment in infrastructural needs of Mumbai is negligible in comparison to its requirements. The ‘local trains’ which are considered lifeline of the city carry three times more passengers than their capacity. The sewage system and roads in northern Mumbai are as pathetic as any tier III city of the country. Since BJP government came to power at centre and in the state, public investment in infrastructure has witnessed a boost. 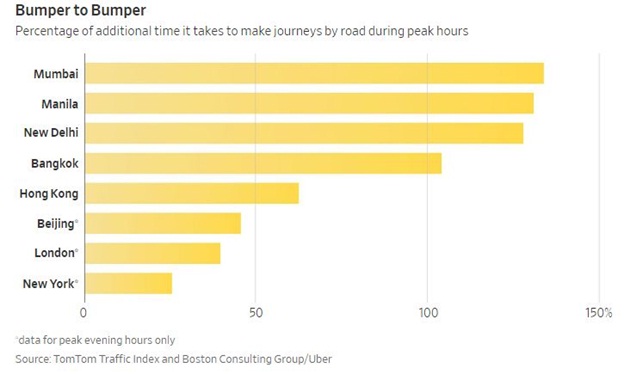 Fadnavis government announced Bandra-Versova sea link with an estimated cost of 6,993.99 crore rupees in August last year. It would be thrice the length of the highly successful Bandra-Worli sea link. The newly proposed sea link will divert the whole traffic of Versova to Worli from road to bridge. It will decongest roads, enhance connectivity and save time for the commuters as well. Mumbai Trans Harbour Link (MTHL), 21.8 km Freeway Bridge to connect Mumbai and Navi Mumbai is another big project that has the capacity to change the face of the city. It will provide avenues for new infrastructural projects in Navi Mumbai and the people living in slums in Mumbai will also get to own flats at cheaper rates in Navi Mumbai. The Delhi-Mumbai Industrial Corridor and Underground Metro are the two other big-ticket projects which may help to rejuvenate the ailing infrastructural sector of the city. However, the most promising project aimed at changing the face of the city is Mumbai Metro.

The local train has been the identity of the city since long and is called the lifeline of Mumbai. But commuting in local trains is replete with accidents and is also not comfortable. The Indian authorities describe crowding in suburban railway as ‘super dense crush load’. Almost 7 million (70 lakh) people travel daily through the Mumbai suburban railway. But at the same time, at least eight people die daily while commuting in local trains. In the first 11 months of 2018, 650 people died due to falling off the trains and even more lost their lives while crossing the tracks. The Mumbai metro promises to solve all these problems. 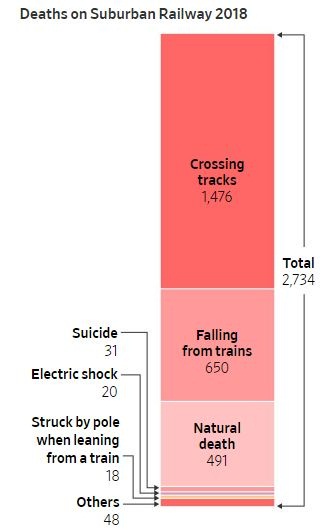 Mumbai Metro Rail Corporation Ltd is a joint venture between central government and state government. The 3.3 billion dollar ‘Metro Line 3’ is Mumbai’s first underground train and is expected to be completed by 2021. The 20 miles underground metro is just a small portion of the total 170 miles of metro line expected to be completed by 2024. So far, 9 miles of the project has been completed. The project was started in the year 2016. 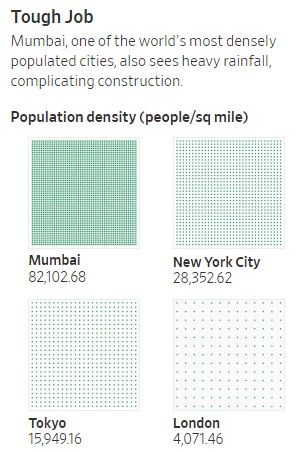 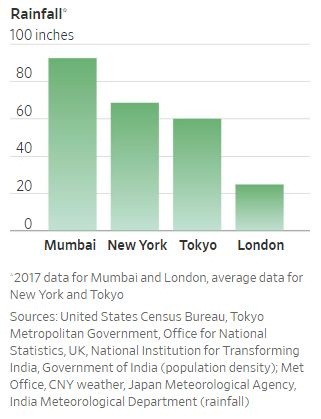 The number of estimated commuters every day is expected to be more than 1.6 million. The metro line is set to pass through residential colonies and the people in nearby areas might also have to face problems as the construction work goes round the clock. Some people even filed cases in court about their inability to sleep due to the construction noise while they also have added that this goes against constitutional rights. However, the court ruled out that work could go on as long measures to avoid the damage has already been taken. 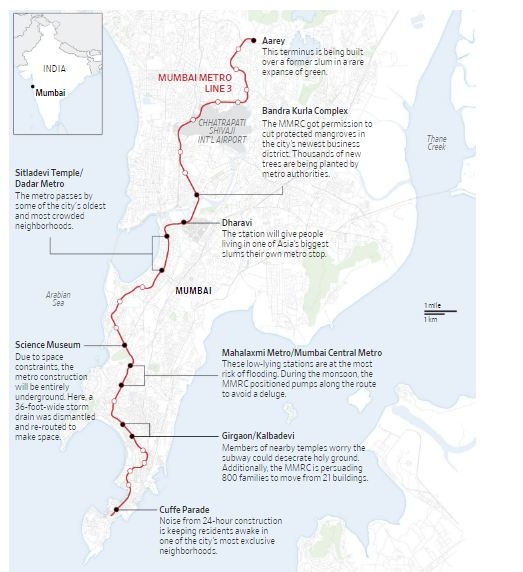 17 tunnel boring machines are simultaneously grinding through, below the city to take forward the herculean task. Mumbai is among the most densely populated cities in the world with 82,000 people per square mile and the city is set to become the most densely populated one with an underground subway system after line 3 becomes operational. New York, another city with a subway has one third population density to that of Mumbai.

The metro project passes through important spots like Cuffe parade, one of the poshest areas in the state and Aarey milk colony, dense forest land which is part of Sanjay Gandhi National Park.

The combined effort of BJP governments in Maharashtra and at the centre will solve the infrastructural woes of the city. A city which gives so much to the country and which is often used as a showcase of India’s development story certainly deserves more attention. The government collects 30 percent of taxes from Mumbai and therefore the city deserves a fair share of this. The allocation of money for sea link and the metro line is a good step in the direction but much more needs to be done. If the city is given world class infrastructural facilities, it would propel the growth of the country.

In Bihar Assembly, Nitish Kumar and Lalu have already created a Mahagathbandhan