Is Modicare better than Obamacare?

Recently launched by PM Modi, Ayushman Bharat is being touted as the largest health care scheme in the world. The scheme aims to provide need-based health care benefits to those living below the poverty line. The scheme is one of a kind in both scope and ambition. Considering its size and scope, Ayushman Bharat, colloquially known as Modicare, has been compared to the Affordable Care Act also known as Obamacare. The Patient Protection and Affordable Care Act, was launched by former US president Barack Obama in 2010. Given the basic objective of both the programs is to provide comprehensive health care benefits to those who could not afford it, a comparison between the two is warranted insofar to the extent they succeed in meeting the expectations and fulfilling the stated objectives.

Both schemes aim to provide healthcare to low income group families and individuals through insurance method. Under Obamacare, it is compulsory for every American citizen to buy health insurance program. The government will subsidize the premiums for those who cannot afford to pay. On the other hand, Modicare is completely free. The beneficiary families do not even need to register because they will be identified from Socio-economic and Caste Census (SECC), 2011 data.

Obamacare has made it compulsory for everyone to opt for health insurance scheme. There was a provision for penalty if one does not opt for the program. This provision made investment-return ratio for young middle class healthy Americans very low because they had to pay a lot for insurance while benefits to them were minimum. The Trump administration later repealed this section. Now, young healthy middle class has started to pull out of the scheme. The withdrawal of healthy middle class would have a cascading effect on insurance premiums as these will rise exponentially for low-income group families. Due to this, the estimated cost to taxpayer reached to $1760 billion from the earlier estimates of $970 Billions for a period of 10 years. On the other hand, Modicare has no such compulsions and full premium is being paid by the government therefore the low income families would not have to bear the rising cost of premiums.

In terms of number of beneficiaries, Modicare comes out as a clear winner. The number of people covered under Obamacare till 2016 is 2.40 crore while Modicare aims to provide Rs 5 lakh health insurance cover to 50 crore people, which is nearly 40 percent of the population of the country. Obamacare is a universal scheme while Modicare is limited to 10 crore families. But if we go by the number of beneficiaries then Modicare far exceeds Obamacare. As per the government sources, Modicare will also be universalized to almost 25 crore families within the next few years.

The benefit of Modicare is limited to an insurance cover of Rs 5 lakh on secondary and tertiary treatment while Obamacare has no such limits. Under Obamacare, patients will not have to pay a single extra penny to the hospital regardless of the cost of the treatment.

The taxpayers’ money spent on Obamacare is far more than the amount spent on Modicare. According to Congressional Budget Office, Obamacare will cost 1760 billion dollars in the next ten years while Modicare will cost 1.7 billion per year. Therefore, Modicare is much more fiscally efficient in comparison to Obamacare. The welfare programs are funded through taxpayer’s money and if the US government is spending this much on healthcare then other expenditures will definitely be curtailed.

In India almost all states and union territories, except Delhi, Kerala, Odisha and Telangana have opted for Modicare while majority of the states in America have not opted for expansion of Obamacare. Therefore, on one hand Modicare is one of the finest examples of federal cooperation while Obamacare increased the rift along Red and Blue lines. American states are divided along partisan lines in the implementation of Obamacare while Modicare further strengthened the Indian Union. 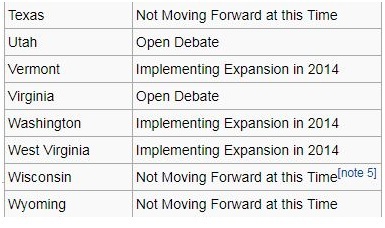 In conclusion, Modicare and Obamacare both use private sector insurance based model for public healthcare but Modicare seems to be far more efficient in terms of per capita cost to government and number of beneficiaries are more than total population of the United States. Therefore, Modicare comes out as a clear winner. However one area where Obamacare fares better is that it provides unlimited benefits while Modicare puts the cap of Rs 5 lakh. The threat of President Trump looms large over Obamacare while Modicare has not faced any significant political opposition yet. Modicare provides easier access and takes no premium from beneficiary while Obamacare makes it compulsory for people to pay for access to universal healthcare.

Organisers of protests will have to pay for the damages to public property, says Supreme Court