Modi Vs The Left: Why does the Left hate Modi and Why Modi must take them seriously?

Modi Vs The Left

For 3 days Gujarat burned. 3 days of statewide communal violence followed after the burning of Sabarmati Express in Godhra on 27th February 2002, which caused the deaths of 58 Hindu karsevaks returning from Ayodhya. According to official figures, the riots resulted in the deaths of 790 Muslims and 254 Hindus. 2,500 people were injured non-fatally, and 223 more were reported missing.

The onset of Modi Vs The Left

It was unfortunate to say the least but this riot was also ordained to write some new chapters in India’s political discourse. Firstly it was a severe dent to the image of the rising star of the Bhartiya Janata Party, Narendra Modi. Secondly it was a major jolt to the Atal Bihari Vajpayee government which was cruising along well at that point of time. And thirdly it created the Media-Intellectual-NGO nexus who would continue haunting the saffron alliance for more than a decade. Numerous books were written about the butcher of Gujarat, Divisive politics was condemned, and five star activists came out of their closets and began yelling in newsroom debates. Journalists like Rajdeep Sardesai, Sagarika Ghose, and Karan Thapar created careers for themselves and Hindus silently put on the newly discovered “Saffron Terrorist” tag.

Modi Vs The Left: Modi becomes the PM

But 14 years later, the tides have turned. Narendra Modi the “ill-fated” Gujarat CM is the Prime Minister of India. And the Leftist NGO-Media Complex built around 2002 riots is perplexed. The Left is rattled. It is not for the first time that they are pitted against an NDA Government. Atal Bihari Vajpayee led a successful and a fairly popular regime too. But Vajpayee, an intellectual himself wasn’t exactly after the lives of the intellectuals. He in fact had many a patrons in Lutyen’s Delhi, the ones who discuss global affairs at the Delhi Gymkhana Club. Media wasn’t supportive of Vajpayee but it wasn’t vitriolic either.

Modi Vs The Left: Why do they hate him so much?

So what makes the Left, the Intellectuals and the Media of the country so wary of Narendra Modi? There are many reasons behind that, one of the biggest reasons behind the Left’s uneasiness about Modi is the fact that he understands the middle class anxieties more acutely than any other politician in the nation. Modi finds a voice in the tax ridden middle class of the nation which bears the brunt of the many scams of the long and arduous Congress/UPA regimes. 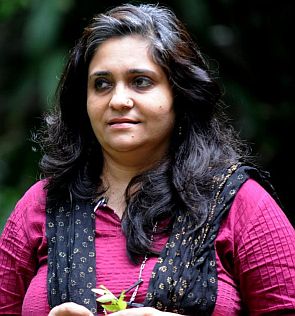 Secondly Modi understands the Left – Media – NGO nexus better than anyone, precisely because he was the prime target of them for a decade. Last year, in a landmark judgement Supreme Court demolished the propaganda of Sanjiv Bhatt and exposed how the Left, the Congress Party and NGOs (Teesta Setalwad) with vested interests have used pawns like Sanjiv Bhatt time and again to trap Modi. Modi knows their moves far too well for their comforts. They don’t have the advantage of a surprise element anymore.

Modi Vs The Left – Modi’s response

Modi has attacked their cabal dutifully by drying their financial coffers. He cracked down on the NGOs almost the moment he grabbed the PM Chair. Most 5 star activists and intellectuals have NGOs registered in their names and Modi shutting them down is not good news. Their foreign masters are rattled too.

Modi Vs The Left: How has the Left tried to stop the Modi Juggernaut?

Rejecting Modi’s Prime Ministership Squarely: When BJP stormed to power the Left Liberals denied his prime ministership outright. They latched on to the stat that Modi led BJP secured just 31% vote share and hence he is not fit to be the PM of the nation. The stat although a good find was both laughable and illogical, hence it couldn’t take off.

Attacking Modi’s humble origins: I remember an intellectual mentioning in a TV discussion “Narendra Modi is a philistine whose understanding of the world is limited to his narrow experiences”. He was talking about Modi’s humble origins – his Chai Wallah credentials and long stint as a Sangh Karyakarta. But again, the very statistic that Modi is a constitutionally elected PM debunked their propaganda. And hence it couldn’t take off as well.

Attacking the Fascist Modi: The Left uses the term fascist to vilify its adversaries. It is similar to old Christian church calling non-Christians “heathens” and “heretics”. Anybody who lies at the opposite end of the moral compass of the left, is called a Fascist. But then again, Modi had charmed his way in to the 2014 elections. It was too late for the Left liberals to get a good trustworthy campaign vilifying Modi as a fascist and hence on the Political Box Office, the idea bombed.

Unleashing of the Green Activists on Modi: Ramachandra Guha in an editorial in Telegraph accused Modi Government of dismantling and weakening India’s Environmental Safeguards. Prakash Javadekar, the Union Minister of State for Environment, Forests and Climate Change is currently on a project clearance spree. He was attacked for fast and ‘mindless’ clearances of projects. Modi’s stand on Climate Change was kept under scanner. But the green activism against Modi couldn’t take off because of 2 reasons. Firstly it was too niche a topic to connect with the mainstream and secondly Modi’s credentials as an eco-friendly CM are impeccable. He has been a champion of Solar Energy and other alternative sources of energy. The fact that he authored a book called ‘‘Convenient Action – Gujarat’s Response to Challenges of Climate Change’ is an added bonus.

The Intolerance Drama: As soon as the run up to Bihar Elections 2015 began, the Left liberals began their intolerance drama. A mob lynching case in Dadri was incalculably escalated by the media. The Left liberals joined the party in no time. This was for the first time when the Leftists tasted blood in the Modi Regime. It will be immature to say that it was the prime reason behind BJP’s washout in Bihar but it certainly was one of the reasons.

Award Waapsi: It was a sub-campaign to intensify the Intolerance Drama. The first writer who returned the award was Uday Prakash, a member of the Communist Party of India for 16 years and a full time worker. Everyday a new left liberal and intellectual joined the bandwagon. Nayantara Sehgal, Ashok Vajpeyi, Kashinath Singh, Munawwar Rana, Sarah Joseph and many others joined the united cause against Narendra Modi. And again it was a hit. Rohith Vemula’s Suicide: Rohith Vemula’s suicide was again blown out of proportion. The liberal bleeding hearts alleged that Dalit Scholar Rohith Vemula and His friends were victims of caste hatred and Modi’s HRD Ministry made it a political battle. The case is ongoing and has gotten a lot of eyeballs already.

Shani Shingnapur Controversy: This again is an ongoing battle, where Trupti Desai, an ex-Anna accomplice lady (also seen garlanding a Congress Leader) has gone all out to get “Right to Worship” for women. The demands of the group are unclear and Maharashtra CM, Devendra Fadnavis has already asked the Shani Shingnapur Temple administration to reassess their guidelines. But given the fact that the topic deals with ladies, it is surely going to be a hit on the Political box office.

So we see how the Left Cabal is going more mainstream in attacking Modi and it will be unfair to say that they are yet to cause some real damage. They have now started latching on to more sensitive topics that will ensure them more mainstream and social media bandwidth. The BJP should be ready. And Modi should reassess his strategy for Modi Vs The Left fight. The enemy is clever.