One Kamlesh Tiwari, allegedly a Hindu Mahasabha activist has reportedly insulted Prophet Muhammad. Over a lakh Muslims marched in the streets of Muzaffarnagar yesterday, demanding his death. The crowd was led by pious, venerable clerics who provided justification to the demands of the crowd. Islamic jurisprudence treats any insult to the Prophet as blasphemy, or worse still, Apostasy, which is punishable by death. The Muslim Community is duty bound to avenge the insult to the prophet. The fact that India is not an Islamic Republic, never crossed the mind of these holy personages. No one bothered to repose faith in law and order machinery or the courts to deliver justice. All that the crowd wanted was to be avenged and one Kamlesh Tiwari to be sacrificed to satisfy their bloodlust. Well, you can’t really blame the crowd in this case. Kamlesh should definitely have known better. He should have known that our democracy, our media, our administration functions in a unique way that puts minority rights on a higher pedestal than law itself. By uttering profanity, or even by getting accused of uttering profanities, Kamlesh Tiwari has signed his own death warrant. No news channel, no magazine, no columnist, no Bindi brigade, no politician will stand by him. In fact, for everybody, Kamlesh will be an easy sacrifice to the high altar of Secularism.

Kamlesh Tiwari followed the same path, which Lokmat had foolishly trodden on a few weeks ago. While highlighting how the Islamic State was financed by countries around the world, the Lokmat editor had used a piggy bank (to symbolize a treasure chest into which money is getting collected) with the ‘Shahadah’ written on it. Parts of Maharashtra had then erupted in violence against the supposed blasphemy. The writing of the Shahadah (the Islamic declaration of faith) on a pig (considered unclean in Islam) was as blasphemous as it could get. Muslim leaders, clerics, MLAs etc. marched in unison, calling for action against the editor, some called for his death. Not for an instant, did it cross the mind of these saintly luminaries that the ‘Shahadah’ is a part of the ISIS flag and that the poor editor had only chosen to show how the ISIS (depicted by its flag) was getting its coffers (depicted by the ubiquitous modern symbol of a treasury chest, the piggy bank) from other countries of the world. The Lokmat team was smarter than Kamlesh Tiwari, they begged for forgiveness and apologized for their heinous crimes against humanity and were thus allowed to live another day. 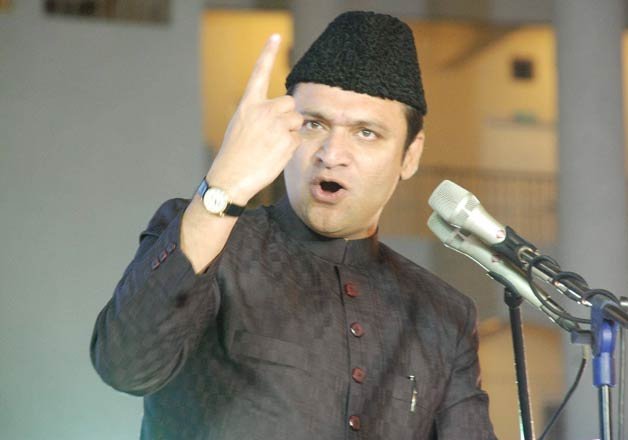 Kamlesh Tiwari probably thought that he was like Akbaruddin Owaisi, the AIMIM MLA in Telangana, who had, in a speech before a lakh strong crowd, called Hindus impotent, had questioned the character of Kaushalya (Ram’s mother), made fun of Bhagyalakshmi (the Indian Goddess) and of Hindu Gods and Goddesses in general. He had even dared the Hindus to remove their policemen so that the Muslims could show Hindus their place in a matter of minutes. But there were no mobs of Hindus in the streets demanding Owaisi’s death the next day, no horde of Hindus attacking Muslims, no Hindu seers asking for laws of Manu to be implemented against Owaisi. There were only mundane FIRs, court summons and speeches by Owaisi’s lawyers. One can forgive Kamlesh Tiwari for deluding himself into believing that his speech would merely result in court proceedings and nothing more. He probably would not have foreseen the reaction that his statement would generate. For this, Kamlesh Tiwari has only himself to blame.

Kamlesh Tiwari should be very scared. The last time such a large crowd of protesting Muslims led by clerics and political leaders had gathered was in Azad Maidan in 2012. They had gathered there to protest against the Bodo-Muslim violence in Assam and the pogrom of Muslims in Myanmar. This peaceful crowd was so distraught with grief at the sight of horrific images of violence that they unleashed their sorrow on media persons who were covering the event, and being unable to vent their anguish adequately, brought down the Amar Jawan Jyoti, commemorating the martyrs of 1857. Thus satisfied, they were able to make peace with their woes. The entire administrative machinery could only stand by and watch. Now imagine if the crowd of angry Muslims, clerics and leaders were to unleash themselves on Kamlesh Tiwari. One can only hope that God has mercy on Kamlesh’s soul.

India is a strange country when it comes to secularism and the fairness of law. A movie like PK can make millions by insulting Hindu rites and rituals, while A R Rahman gets a Fatwa for his role in a movie on Prophet Muhammad. An artist like M F Hussain can paint Hindu Gods and Goddesses, while Facebook was made to ban its page on “Everybody Draw Muhammad Day” in India. Writers such as Taslima Nasreen and Salman Rushdie are forced to flee for blaspheming, while All India Muslim Personal Law Board’s member Abdul Rahim Qureshi’s book can freely claim that Lord Ram was born in Pakistan. Beef Eating, which outrages many Hindus, is celebrated openly, while Pork Parties that offend Muslim sensibilities are curbed. In this background, if Kamlesh Tiwari chose to blaspheme, does he deserve anything other than death?- Probably not!

[Video] How the tag team of Subramanian Swamy and Abdul Kalam didn’t let Sonia Gandhi become the PM of India?