Shah Rukh Khan! you are a Super Star because India is tolerant 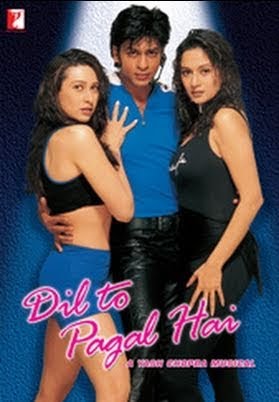 Talk of an overrated, undertalented, overhyped, over-celebrated and overpaid actor in Bollywood, Shah Rukh Khan with his forehead kissing locks, twinkling eyes and arms stretched wide as if to catch a boulder falling from the heavens, appears immediately on your mind. Shah Rukh Khan has given many corny romantic movies to Bollywood thereby spoiling the taste of cinema lovers in this nation full of Cine-Maniacs. Shah Rukh with his DDLJs and KKHHs and KANKs and DTPHs has caused an irreparable damage to cinema in India. Shah Rukh Khan ruled the Box Office with his typical mainstream romantic Masala flicks which generally had two heroines madly in love with his cool dude charms. Whenever Shah Rukh tried deviating from the set path, the audience rejected him outright. ‘Asoka’ was a disaster, and ‘Swadesh’ was a box office failure (Although critically acclaimed for a tight script). Hence Shah Rukh Khan stays away from experimenting much and goes on romancing heroines half his age in mindless flicks like “Chennai Express”, “Happy New Year” and “Rab ne Bana Di Jodi”.

Of late Shah Rukh Khan has been exploring newer territories like buying sports franchisees. Shah Rukh Khan gave many Pakistanis and Bangladeshis a chance to earn their livelihoods through his Kolkata Knightriders IPL Team where Umar Gul, Salman Butt, Mohammad Hafeez, Shoaib Akhtar, Mashrafe Mortaza and Shaqib Al Hassan were the star attractions. Pakistani Players were barred from the later editions of the tournament though. Khan happens to be a top favorite of Mamta Banerjee who has also appointed him the brand ambassador of West Bengal. Shah Rukh Khan also has a knack for issuing politically motivated statements. He had his reservations against Modi before 2014 General Elections. He has also mentioned on more than one occasions that his being an Indian Muslim film star is misused by bigots and narrow minded people who have misplaced religious ideologies for small gains which we here at TFI call it the typical victim complex of the minority.

Today Shah Rukh Khan turned 50, the superstar was deeply anguished by the rise of intolerance in Modi’s India much like so many of his cinema brethren, intellectuals and activists.

This is what Shah Rukh Khan said in a twitter townhall hosted by none other than Rajdeep Sardesai himself: “It is stupid… It is stupid to be intolerant and this is our biggest issue not just an issue…Religious intolerance and not being secular in this country is the worst kind of crime that you can do as a patriot,” he said,

About returning his Padma Shree – “I mean just for a symbolic gesture, yes, if I have to.”

Here is a link to the video – http://indiatoday.intoday.in/video/there-is-extreme-intolerance-in-india-says-shahrukh-khan/1/513874.html

Shah Rukh Khan just gave us the true definition of a patriot. A patriot is someone who is tolerant as far as his religious beliefs are concerned and is extremely secular in approach. Probably Shah Rukh Khan Sahib saw too much of secularism in Congress’s regime. And why not – In Congress Regime, an archaic bill called Communal Violence Bill was drafted. It was intended at the sole purpose of curbing the so called religious freedom of the Majority. In Congress’s regime, so many minority friendly bills were being tabled, freebies were being doled out to minorities, newer reservation groups were being created, and riot compensations were being issued based on the deceased’s religions. Now in Modi’s India, the Congress like secularism has somewhat vanished and since the Hindu Majority of India is now more vocal about their electoral choices both on and offline, it is easy to brand it as ‘their’ religious intolerance, powerful enough to trigger a chain reaction of award return drama.